In our age of convenience, we've grown accustomed to power door locks. Many of us find manually locking or unlocking a car with a key just as cumbersome as texting with a number pad. Even though faulty power door locks are a minor issue in the grand scheme of car repairs, it's still a noticeable inconvenience that may irk you on a daily basis.

If you drive a Jetta, we're here to help you get rid of that pesky little problem. 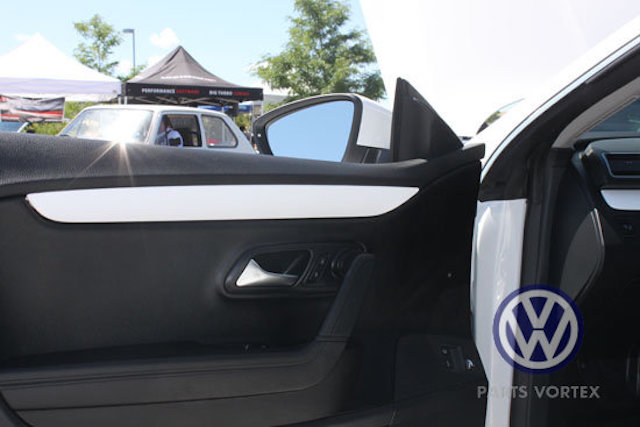 First, let's pinpoint the origin of the problem. The key fob? A single door? Multiple doors? Let's find out how you can fix the issue.

Out of all the problems listed in this post, this one costs the least to fix. If your key fob fails to lock or unlock your car, all you need to do is to replace its battery.

First, you need to be 100% sure that the key fob is the culprit. Go into your Jetta and play around with the power lock switches. If the power locks seem to be working just fine from within the car, then you need to replace your key fob battery.

Drop a few bucks at the nearest big box store (like Walmart or CVS) for a CR2032 battery and follow this step-by-step tutorial on replacing the battery in your Volkswagen key fob.

If you have only one malfunctioning door, then the culprit is likely a faulty lock actuator. It makes sense because each door has its own lock actuator to control the power door locks when prompted.

Before you take the defective door apart to replace the lock actuator, you want to make sure that this could be the problem. Check out this list of symptoms of a broken or failing lock actuator:

If it turns out that the lock actuator may be the problem, we suggest replacing it. You can get an OEM lock actuator for about $50-$100. Even better, you can get one under warranty from us at a discount, from $30-$80. Just check out the part numbers below for a direct link to our discounted OEM lock actuators.

Here's a brief step-by-step guide on replacing the lock actuator.

If you want a more detailed guide, YourMechanic.com has a couple of great tutorials:

If you have at least two malfunctioning doors on your Jetta, it's an electrical issue that can be best addressed by a qualified mechanic. You might be able to identify and fix the problem yourself, but it's not worth the risk of possibly causing further damage to your Jetta.

You could attribute a failing electrical system to a multitude of culprits, and a trained mechanic can identify the correct one and fix it quickly. It's much easier than spending hours tinkering with your Jetta's electrical system, isn't it?