You don’t usually find Volkswagen and pickup trucks in the same sentence (except in South Africa). But did you know that people were driving Volkswagen pickups in the 1980s?

Yes, really. Feast your eyes on this: 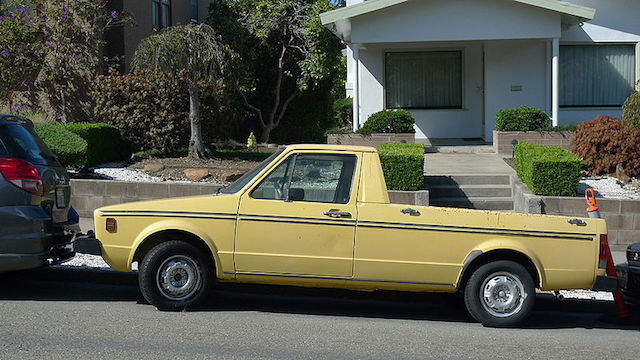 In 1979, Volkswagen took its Rabbit car model and created a compact pickup version of it. They wanted to compete with all the compact pickups hitting the market at the time, and the Rabbit Pickup fit the bill.

Built on a car frame (much like the El Camino), the Rabbit Pickup had a wheelbase that was nearly 9 inches longer than that of its sedan counterpart. It sported a six-foot bed and could haul up to 1,100 pounds. 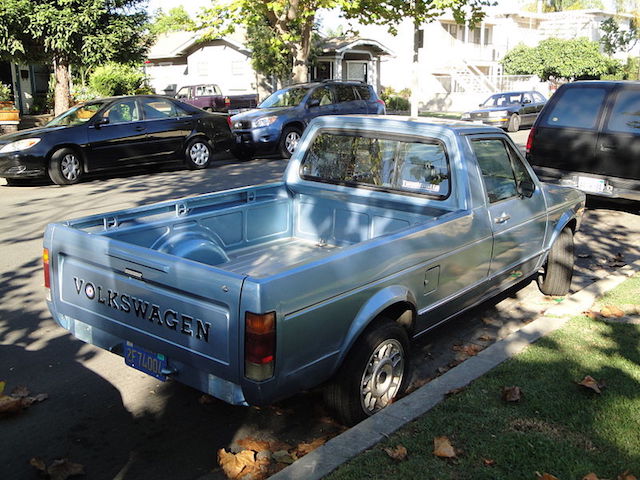 Seeing Volkswagen across the back of a pickup is an unusual sight, isn’t it? Photo credit: Greg Gjerdingen

The Rabbit Pickup attracted many consumers because its high mileage (45 MPG) allowed them to save money on fuel. Consumers also liked that they could choose between many different options and “mold” their Rabbit Pickups into vehicles that best suited their own needs. Some of the options included:

Volkswagen offered many different packages. Two of the most popular ones were: 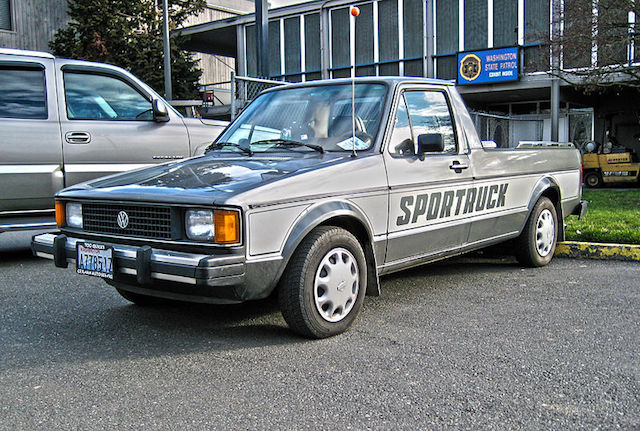 If you’re wondering why you’ve never seen a Rabbit Pickup, it’s because Volkswagen sold only 75,947 units before it halted production of the truck in 1983.

What Killed the Rabbit Pickup?

In 1981, VW sold over 37,000 units. By 1983, they sold only 2,079 units. The disappointing numbers had Volkswagen unexpectedly nixing production halfway through 1983. That’s when Volkswagen gave the compact pickup its last rites.

So why did this happen?

Compact pickups were a huge thing in the early 80s because consumers valued practicality over luxury due to the high gas prices at the time. When gas prices started dropping, consumers felt that it was safe to spoil themselves and splurge on nicer cars. 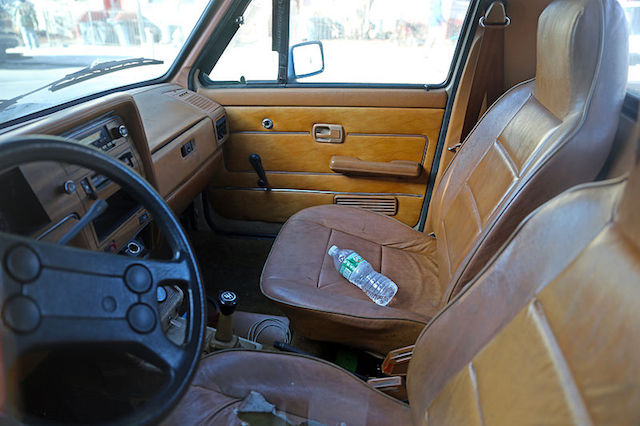 The Rabbit Pickup wasn’t entirely dead, though. It remained strong in South Africa. It was called the VW Caddy (a spin-off of the name VW Golf) and it still exists today. But it’s no longer a pickup. Volkswagen transformed it into a commercial van in the mid-90s.

Where to Buy One Today

You may be surprised to learn that people are constantly selling early 80s Volkswagen Rabbit Pickups on eBay. Depending on the condition, you can snag one for a price between $1,000 and $15,000.

You can actually fix one up with some parts from the Rabbit, null)">Jetta Series, and you can swap out the weak 80s engine motor for a much stronger modern one.