In this day and age, many of us can’t imagine driving without access to radio, navigation, and smartphone connectivity in our cars. Driving in silence and fumbling around with a map is basically a thing of the past, so having your infotainment screen quit on you is understandably irksome.

If you’re a Golf owner who’s plagued with this issue, we’re here to help. A broken infotainment touch screen is a common complaint among Golf owners. A lot of them have reported the following issues:

The general consensus is that the touchscreen quits working when it’s cold outside and the Golf isn’t warmed up yet. Some owners reported that their screens started working after their Golfswere all warmed up.

That being said, the cause hasn't been confirmed for sure, so here are a couple solutions that may fix the problem for good.

If you’re a Golf owner with a broken infotainment touch screen, the first thing you should do is to try a hard reset.

To do this, press the power button and hold it for about 10 seconds. This should reset the system. Some Golf owners said that doing this solved the problem.

Others haven’t had much luck. To them, the next rational solution was to bring their Golf in to have it looked at. Many dealers would just replace the screen or head unit and hope that it doesn’t break again.

If rebooting the system didn’t work for you, don’t be so quick to have your touch screen or head unit replaced. There’s still another solution for you to try.

A possible culprit behind this issue is the fact that Volkswagen’s factory loaded the wrong software on the radio in some Golf vehicles. They issued a TSB about this and had dealers update the software and reset the entire system to solve this problem. However, some Golf owners reported that this solution didn’t work for them.

If doing a hard reset or having the VW dealer update the software didn't work for you, the next best thing to do is to ask the dealer to replace the screen or head unit. 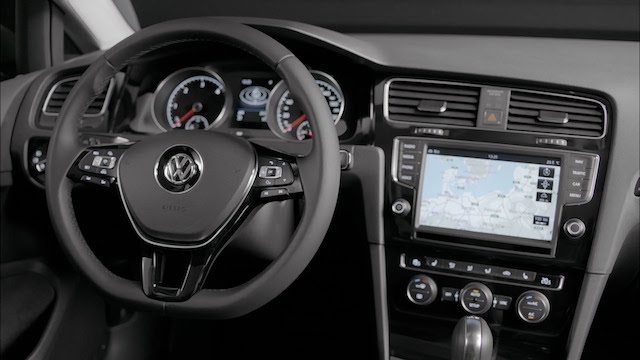 Your driving experience is so much better with a functioning infotainment system.

Did you try another solution that wasn't covered in this post? Did you have any success with it? Let us know on Facebook!