Lately it’s been proven that chivalry is indeed still alive, and Volkswagen Buses are still saturated with their beloved charm decades after their time.

Apparently you don’t need today’s technological methods to get women to swoon with joy, you just need a Volkswagen Bus. 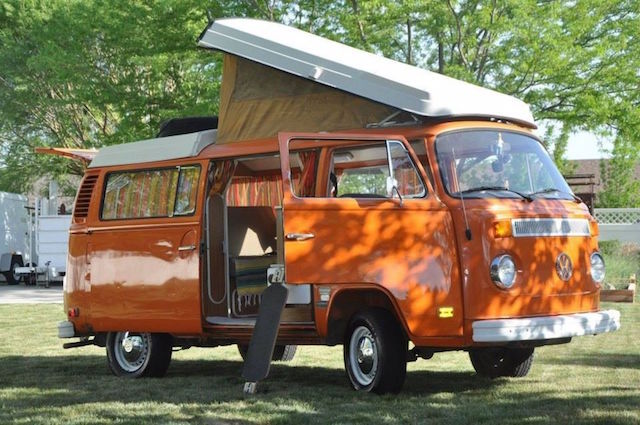 The logic worked for Jake, a guy who fell victim to a “fellow van lover” and her outgoing note she left for him on his feisty orange 1973 T2 Volkswagen Bus. The note initially stated that the mystery girl was infatuated with Jake’s “sexy ride,” and if the owner was indeed a male, he should marry her. Jake, being the curious guy that he is, responded the next day on the backside of the mystery girl’s note so she would recognize it. He also accompanied by a picture of himself and his name, stating that he was a male and requested she leave her phone number and he’d take her for a ride in his charming bus.

Lucky for him, she wrote back, providing her number and accepting the offer for a ride in the magical microbus. According to Jake’s Imgur post, he called the mystery girl and the couple went on their first day very recently. To make an awesome situation even better, apparently it went well as a second date was penciled into the itinerary. Where they stand currently is not specified, but hopefully, for both of their sakes, they take the van on adventures together for quite some time.

See? You don’t need social media or texting to ignite a fuse between you and someone with similar interests. All you need is a few bright, friendly, inviting sheets of paper stock, a convenient self-portrait from your wallet, and a marker. Oh, and a vehicle that screams “I’m fun!”

From what happened to Jake, who knows… it could be quite the common occurrence. You might as well start searching for a clean T1 or a T2 Volkswagen Bus, like Jake’s. You can try a T3 but the ladies seem to be more partial to the earlier generation microbuses, and the T3s don’t exactly scream “free spirit” or “I’m fun!” Must be the magical aura the T1 and T2s are known to emit, and they’re reputation for being parties on wheels.

In short, they’re a representation of freedom, and she might appreciate that. Regardless, the cool factor that comes with the iconic VW buses will never die, and are noted by many people even if they know little about them. Swing for the fences, some one will appreciate it no matter where you take it.