The almost dead and forgotten compact truck market in the U.S. could get an infusion of excitement with the introduction of the VW Amarok. More rumors abound about its possible introduction. 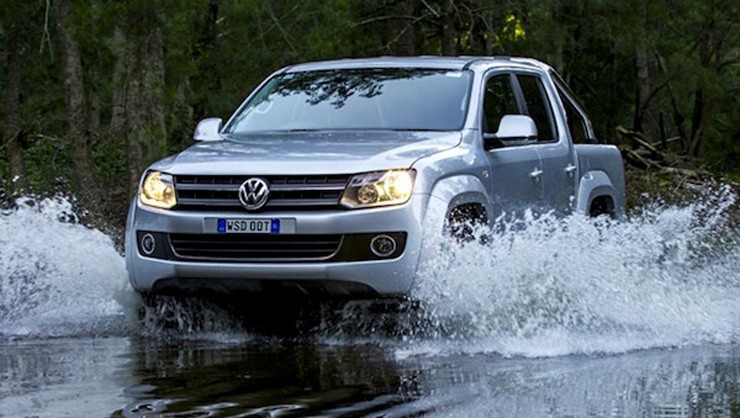 With VW shooting for higher sales in the U.S., could they bring the Amarok over? New rumors suggest it is possible.

For years, VW has been answering questions about when the Amarok could make its North American debut. There are a slew of reasons why U.S. buyers want it. It is a strong, reliable diesel powered pickup that is compact to get the job done without the bulkiness of a full-size truck. The compact truck has all but disappeared in North American with the current trucks, Toyota Tacoma and Nissan Frontier, being all that is left.

The current “fanning of the flames” came at the Frankfurt auto show. Jonathan Browning, chief executive of VW Group of America, told Reuters during an interview that VW’s commericial divison could come to the U.S. Why would that bring the Amarok over here? It is because the commericial divison builds the truck.

“There are preliminary discussions (with VW’s Wolfsburg-based management) but no definitive plans at the moment,” Browning said according to an Autonews.com story. The commercial vehicles “certainly represent an opportunity.”

This discussion was most likely sparked when discussing VW’s plan to be the largest automaker in the world. In order to do that, VW wants to move 800,000 VW-brand and 200,000 Audi-brand models in the U.S. by 2018. If that were to happen, VW would pass over Toyota Motor Corp. and General Motors to become the world’s largest automaker (a coveted title).

Introducing a full vehicle lineup with commercial options seems like the best way to accomplish that. Yet, Browning said the current plan is to focus on selling more of its core lineup. A commercial operation is under discussion, but that “would be a second phase.”

What do you think? Would VW be smart to expand their lineup or focus on just moving more product?