A new concept of the VW Golf GTI may look like the base model Volkswagen Golf, but it’s certainly not your everyday Golf underneath the exterior. 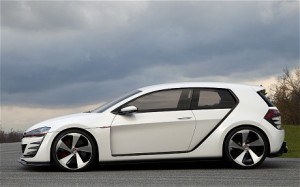 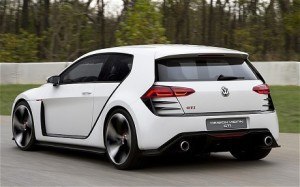 The design concept GTI has a new top speed of a blistering 186mph with a 3.9 second 0-60 mph acceleration.

This wild model has a four-wheel drive platform and twin-turbo’ed 3.0L engine that produces 496bhp and 413 lbs-ft of torque. The GTI concept design is twice as powerful as the GTI hot hatch.

This design is a little shorter than the current Volkswagen Golf and sits somewhat lower to the ground with a sport tuned suspension. It also has wider wheels and tires on all four corners. 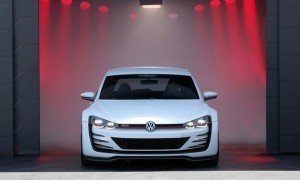 The interior has some changes as well — the rear seats are gone and the dash dials have been replaced with an all LCD display.

The head of design at Volkswagen explained that this version was made to give people a look into the future of the Volkswagen GTI models. It was trotted out during last week’s Los Angeles Auto Show events. 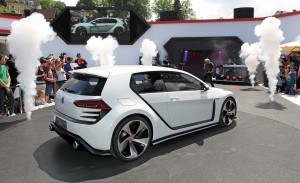 Although it is a concept, it is fully functional minus tailpipes that will burn up after 10 minutes of driving.

Sadly, this is only a concept and there’s no production plans for this beast, but it does show drivers what they can expect from Volkswagen in upcoming design and technology.

What’s most likely is that the six cylinder engine featured in the concept might be used in a future model.