During the 2014 Detroit Auto Show, Volkswagen unveiled its Beetle Dune concept — a model based on the Beetle R-Line. The concept is digging up memories of custom Baja Bugs that were built from the originally rear engine car.

The Beetle Dune Concept has a very aggressive appearance and stance, especially compared to the current Beetle base model — most of the unique features even look production ready, as-is. 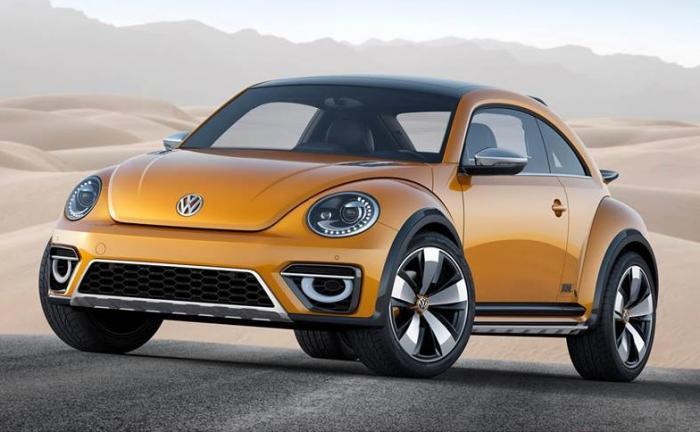 Matte black and gloss accents against brushed aluminum trim are striking with the custom orange metallic paint. The concept sits atop 19” polished wheels with black inserts & 3D VW logo on the center cap, 255/40 tires — and of course a raised suspension that has 2” more clearance than the current R-Line. 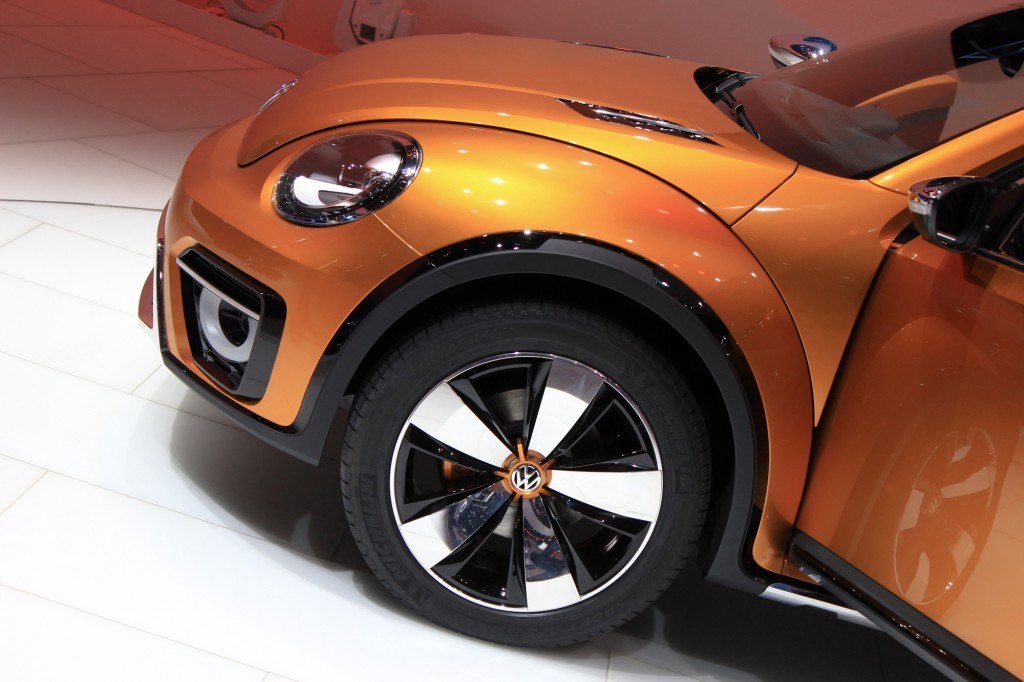 Volkswagen gave the Dune 1.1” wider front & rear tracks, and 1.1” wider flares on the fenders. The chrome-plated skid plate is meant to protect the undercarriage in off-road use. 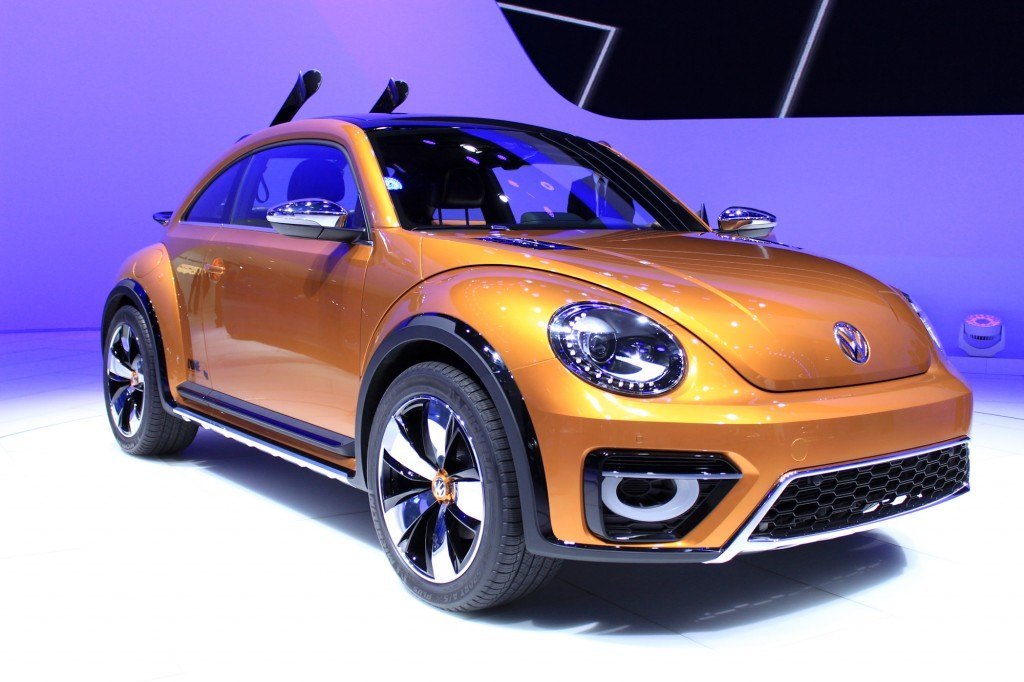 For the concept, the overall height is up almost an entire inch, it’s 2.2” wider at 74.3”, and reaches almost an inch longer at 168.9”. It still hangs on to the HID headlights from the R-Line, but it does get a new hood with a raised center section, two honeycomb vents, and a chrome strip. 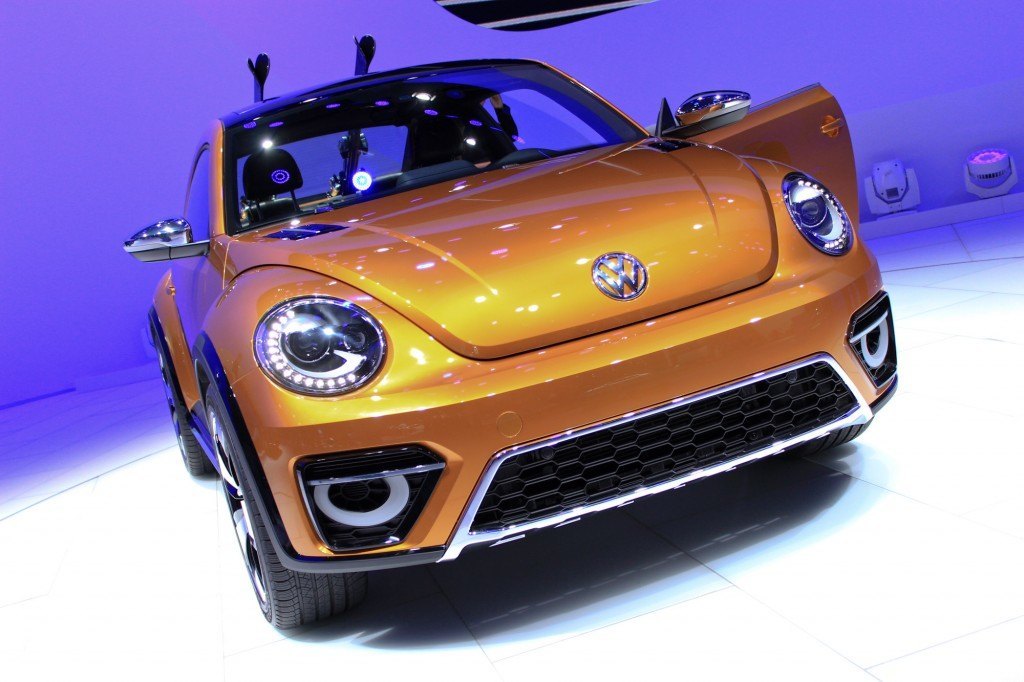 The Dune’s front fascia has a large air intake and chrome wrap that goes into the skid plate. Its fog light housings has semi-circle LED rings and the turn signal is separated from the fog lights by a chrome strip. The car’s black gloss side trim above the sill panels gives the car the same look as the Baja’s running boards. It’s also finished off with a Dune graphic behind the doors/in front of the fender flares. 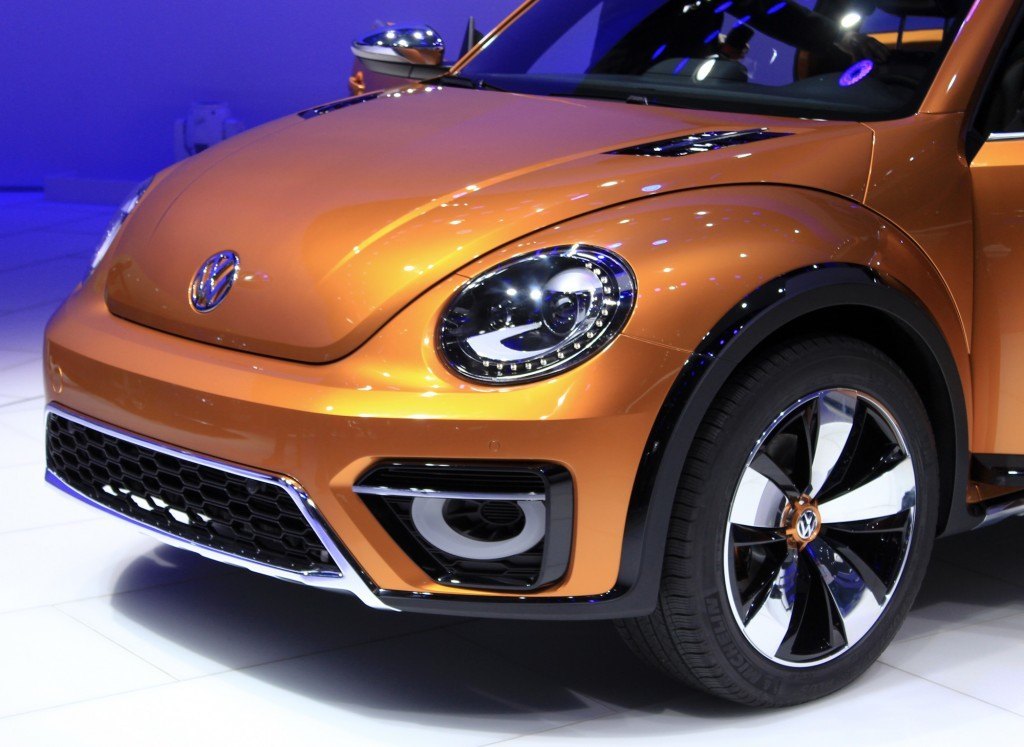 Volkswagen gave the car vapor-coated side mirrors that are finished with black bottoms. The spoilers double as a ski rack and swivel out to make room when skis are mounted outside of the trunk, and are then clamped into place by the rear spoiler. Even when skis are in place, the function of the trunk isn’t hindered at all.

Finishing off the body is dual exhaust tailpipes coming out of the rear diffuser which is part of the skid plate. 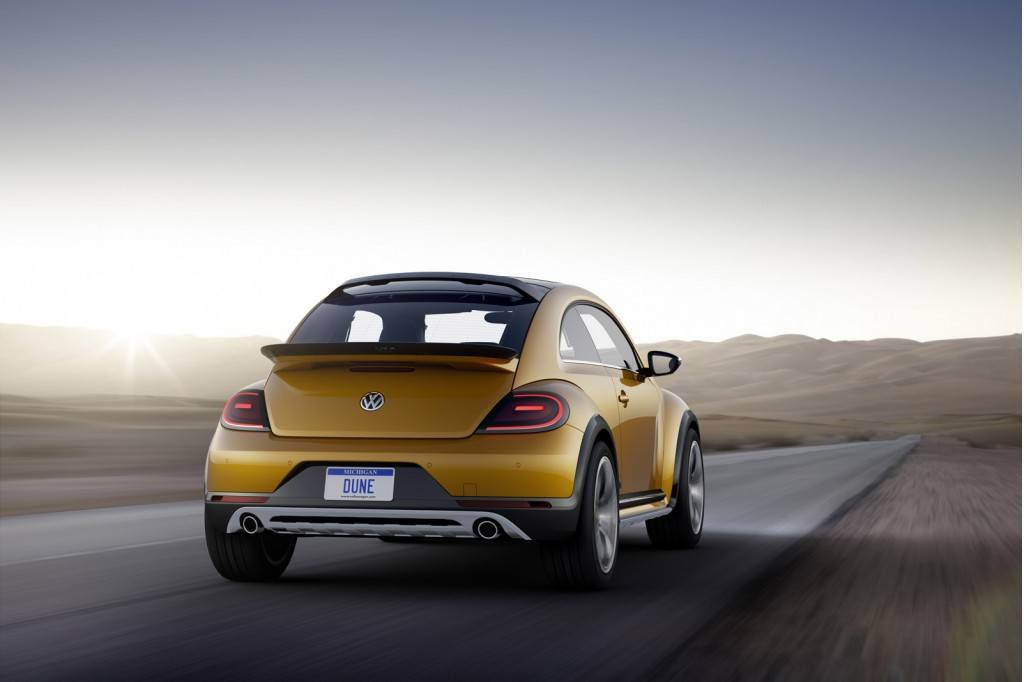 Under the hood is a 210 horsepower, turbocharged TSI engine which is backed by a 6-speed DSG dual-clutch auto transmission. Just like the R-Line, the Dune is FWD and has a strut-type front suspension, multilink rear suspension, and XDS electronic differential.

The interior has the same color scheme as the outside, featuring the same orange color on the dash, upper doors, and rear seat panels. Leather seats are titan black with “ceramique” colored breathable sport fabric inserts with orange stitching throughout.

Dune production hasn’t been confirmed, but most think this version will enter the VW production lineup within the next few years.