Do you have a broken cigarette lighter or 12V connector in your Volkswagen? We’re going to show you how to troubleshoot and fix the problem in three steps.

Common Causes of a Broken or Failing Cigarette Lighter

More often than not, the culprit is either a blown fuse or an issue with the actual socket that’s preventing your plugs from making good electrical contact. If you’re wondering what causes either problem, it’s usually something falling into the socket:

If you have a blown fuse not caused by something falling into a socket, the culprit is likely an electronic device that draws more amperage than your fuse is equipped to handle. Many cheap aftermarket chargers are guilty of this. That’s why it’s really important to use quality chargers and electronic devices (like this OEM mini cigarette flashlight). 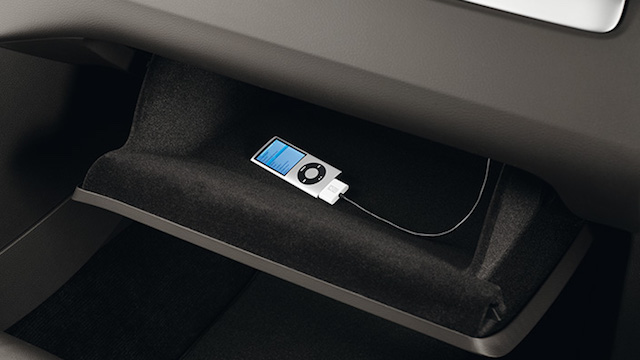 OEM adapters, like this iPod adapter, are always the best option

Once in a while it’s just an ongoing issue with the fuse, which may have shorted a circuit somewhere in the system. Later in this article we’ll show you how to determine if there’s a shorted circuit, but now let’s go over the three steps.

Troubleshooting and Fixing Your Cigarette Lighter

The first thing you want to do is to grab a flashlight and look inside the socket to see if anything’s in there.

If you see a coin or another metallic object, then your fuse is most likely shot. Carefully remove it. If you find a non-metallic object in there, the circuit is probably still functioning. That means it’ll still be hot, so carefully remove the object and try not to short it out.

If you found a non-metallic object inside the socket, there’s a chance the fuse is still good. If it is, great! Your cigarette lighter should work again.

If there was a metallic object inside the socket, don’t lose hope. There’s still a (tiny) chance your fuse hasn’t been blown yet. It’s always a good idea to check the power before proceeding.

If you didn’t find any obstructions in the socket, you still want to check the power to narrow down the issue. If the socket still has adequate power, then the issue most likely lies with the socket itself or the accessory plug.

To check for power...

If there’s no power, the fuse is blown and you’ll have to replace it. If there’s enough power, you may be dealing with a bad cigarette lighter or accessory plug.

Once you’ve determined the culprit, replace whatever needs to be replaced: the fuse, cigarette lighter, and/or accessory plug.

There’s a chance the new fuse may blow immediately. If that happens, the culprit is not the cigarette lighter but rather a short somewhere in the circuit. If the fuse blows only when you plug in the inverter, then the inverter is the problem and you’ll need to replace it with an inverter that’s hooked directly to either the battery or fuse panel.

These three steps should solve your problem, but if you need additional help, feel free to give us a call. We'll be happy to help you troubleshoot your problem and help you find the right replacement parts!