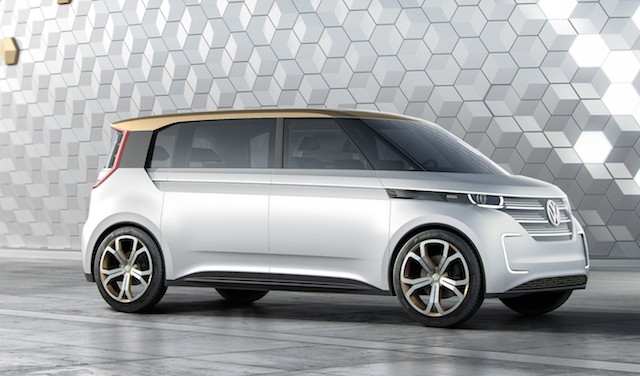 It's a shame that VW's 2001 Microbus concept didn't make it. Packed with a ceiling-mounted LCD screen, motorized sliding doors, and a backup camera, the Microbus had features that wouldn't become standard for another decade. Even after VW announced plans to produce 80,000 units annually, cold feet eventually took hold and froze all plans.

But earlier this year, a silver lining emerged.

Building on many of the Microbus' ideas, Volkswagen announced the BUDD-e electric microbus concept. While the German automaker is mum on the future of their new concept, one thing is for certain: the architecture and tech of the BUDD-e is groundbreaking. Here are a few rumors we were able to round up as we slowly piece together the puzzle of the BUDD-e:

First of all, the Budd-e looks like an old VW bus - just updated. VW says it was "inspired by the iconic charm of classic Volkswagen vans." The nod to the original design is set somewhere between nostalgia and the future, and we like it. The tapered look and sleek slopes do a great job of accenting the LED lights, and a clean exterior is highlighted by an external side-view camera and no visible door handles.

VW's Modular Electric Toolkit will be the base of the Budd-e. According to New Atlas, this new platform has “the potential to put electric vehicles on equal footing with their ICE-driven counterparts, increasing driving ranges, delivering sharp, quick performance, and packaging electric hardware efficiently enough to leave room for spacious, no-compromise interiors.”

It doesn't stop there. The flat 101-kWh battery covers 373 miles when fully charged and expects charging to take 15 minutes to get to 80%. Oh, and the top speed with all that is 93 mph with the front and rear electric motors. 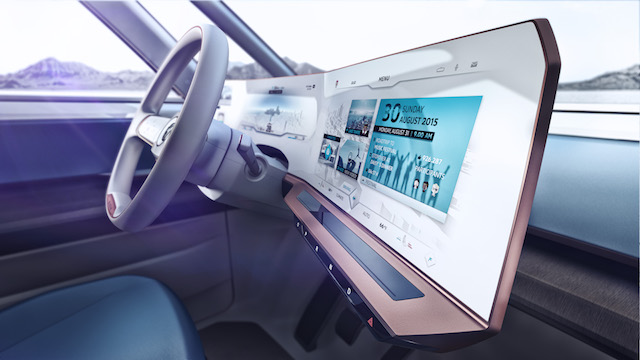 The Budd-e is also said to contain VW's polished human-machine interface (HMI). This 12.3 inch curved-display screen serves as a replacement for the instrument panel and can be activated with simple voice commands. Here's what else it can do:

We could fill a whole post about the Budd-e's technological marvels, but here's (briefly) what we're most excited about (if they come to fruition in a production model, that is): 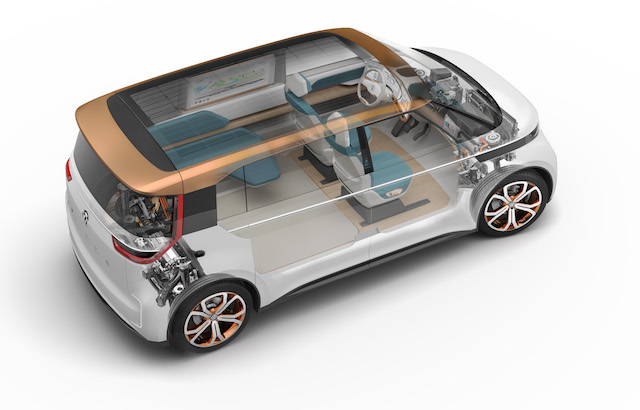 At 181 inches long, 76.3 inches wide, and 72.2 inches high, the Budd-e should provide generous interior space for passengers. The back seats are arranged around the sides, which opens up the back considerably. Though the Budd-e may look small, it's actually larger than 2011's Bulli concept.

Yes, VW has promised us the moon before, and they haven't released any production plans for the BUDD-e. But with all this new technology, Volkswagen has stated they'd use the new tech put in the BUDD-e - meaning the MEB platform and HMI - into a car by 2020. Whether that's the BUDD-e concept, something similar, or something completely different, we're ready for the future.

Are you excited about the Budd-e concept? Tell us if you'd be interested in purchasing one on Facebook!