If you’re looking for a one-of-a-kind safari-like off-road vehicle, look no further than this custom 1968 Volkswagen bus: 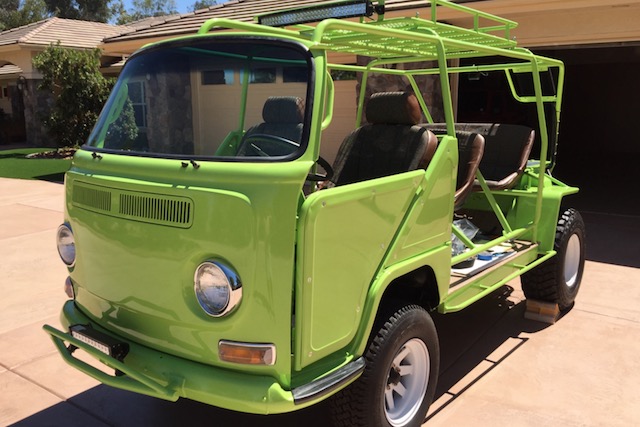 It can conquer the roughest terrain, light the way in the dead of night, and haul all kinds of cargo. What more could an avid off-roader want?

Volkswagen and off-roading don’t usually belong in the same sentence – most people use VW buses for road trips, after all – but this bus is specifically made to take you down the less traveled path and we think it’s wicked cool. Only a few #VanLife folks can say that they’ve done the same thing.

This remarkable VW bus turned safari vehicle was recently sold at a Barrett-Jackson auction in Scottsdale, AZ for $38,500. 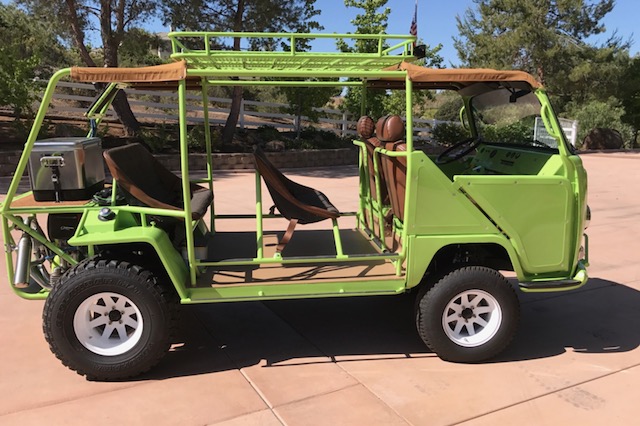 So what does this custom VW bus have that a regular ’68 bus doesn’t?

Obviously, the body isn’t what it used to be. The person(s) behind this build hacked away most of the body and replaced it with a full roll cage (with an oversized roof rack). Actually, they got rid of the entire body except for the front. 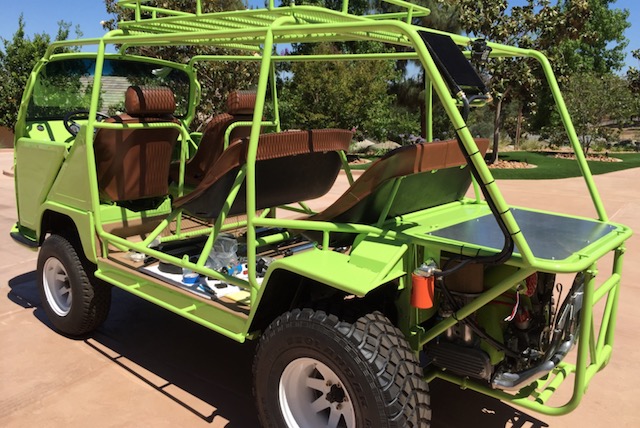 As if this bus wasn’t eye-catching enough, the lime green Imron paint makes it stand out even more. The oversized deck on the back with an onboard ice chest, the Yokohama tires, the Fox shocks in the front and rear, and the LED lights on the top and bottom of the vehicle makes this classic VW bus a true offroading beast. 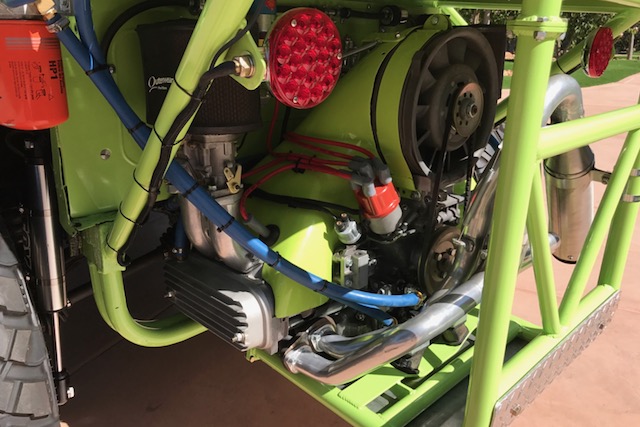 We’re not sure if we’d call this an interior due to the lack of a body, but here goes.

Our favorite part of the interior is the safari color scheme: tan, brown, and lime green. The custom off-road seats are big enough for 6 people, and the Rhino lining on the floor makes it incredibly easy to clean off any mud and dirt that may make its way into the bus. 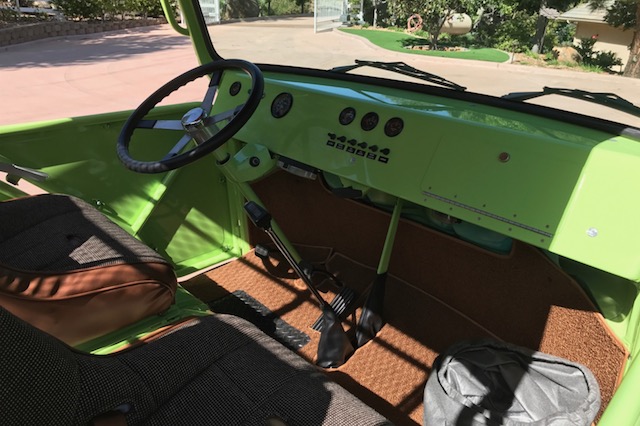 According to the Barrett-Jackson listing, the entire bus has been professionally wired. VDO gauges and a Berg shifter have been added in.

The Best Thing About This Bus

Even though this bus just finished its 50th trip around the sun, it still runs on the original 2600cc type 4 motor (along with a rebuilt 4-speed manual transmission). We don’t know how many miles this engine has, but we’re betting that it’s a lot. If the engine was built by another automaker, we’d be really surprised that it lasted this long, but since it’s a Volkswagen, we’re not surprised at all! With proper maintenance, a VW engine can last decades.

Would you take this bus on an offroading adventure? You bet we would!