During the Karmann Ghia’s heyday, it was still pretty rare on US roads, so imagine our joy when we found this gem on eBay! 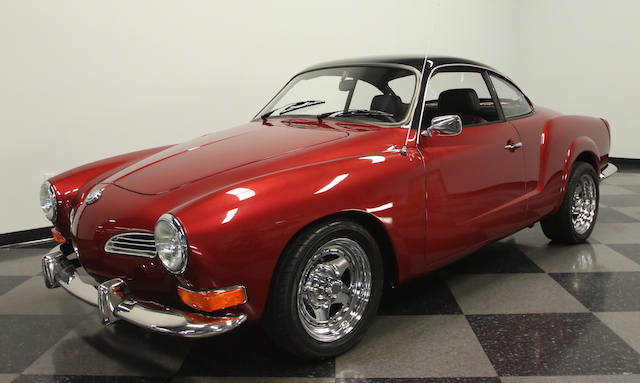 This 1973 Karmann Ghia was one of the last units imported into the US before Volkswagen pulled the plug on the Karmann Ghia's production in 1974. Currently located in Tampa, Florida, this manual coupe has been restored to the pristine shape it was in when it rolled off the production line 45 years ago. 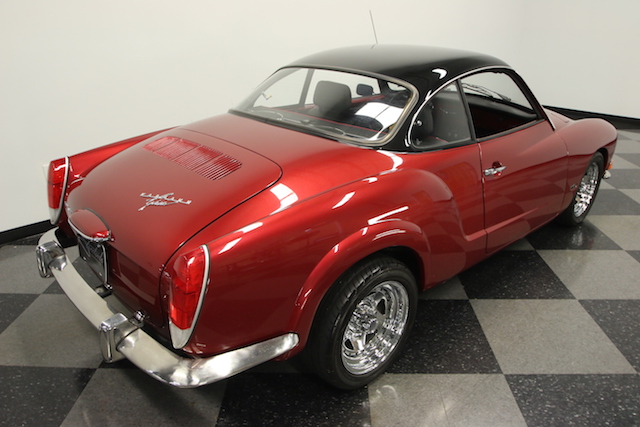 Once marketed as the “Italian sports car for the common man” by Volkswagen, the Karmann Ghia is a special model that sports a premium Italian design and advanced German engineering. That’s a great combination, if you ask us. So let’s see what this beautiful restored ’73 Karmann Ghia is made of! 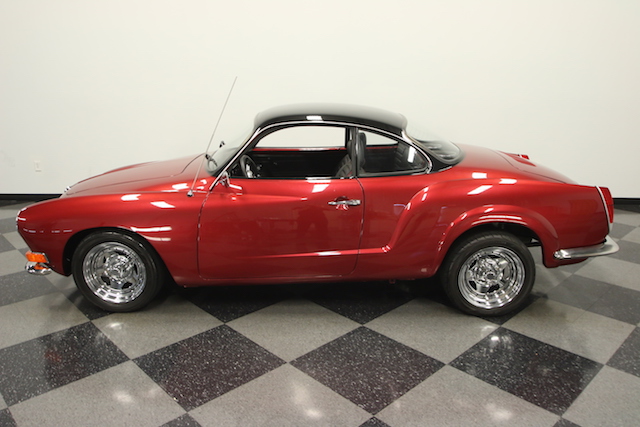 The first thing that caught our eye was the vibrant deep red metallic paint on the exterior. Next, we noticed that they installed Yokohama performance tires on the car. 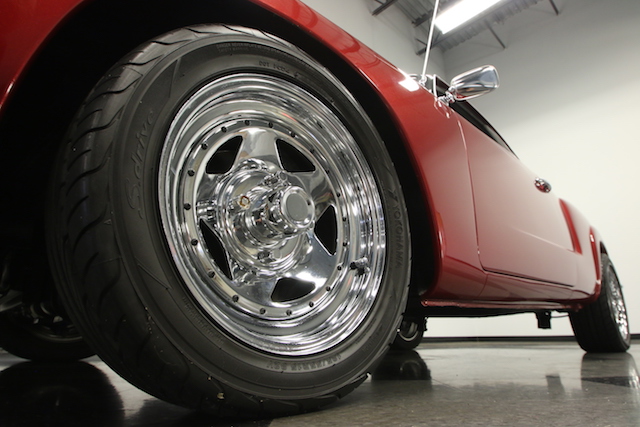 According to Streetside Classics, this car sports a good number of performance upgrades, including upgraded front disc brakes and an upgraded suspension system. To say that we’re impressed with the pristine shape of the undercarriage would be an understatement. 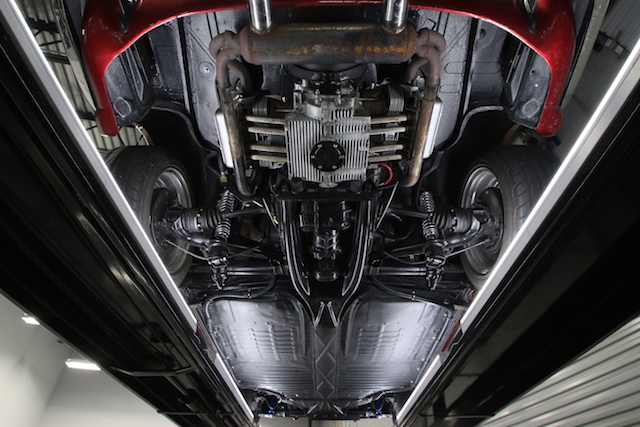 One of the most unique things about the Karmann Ghia is the fact that the engine bay is in the back of the car while the front of the car offers storage space. 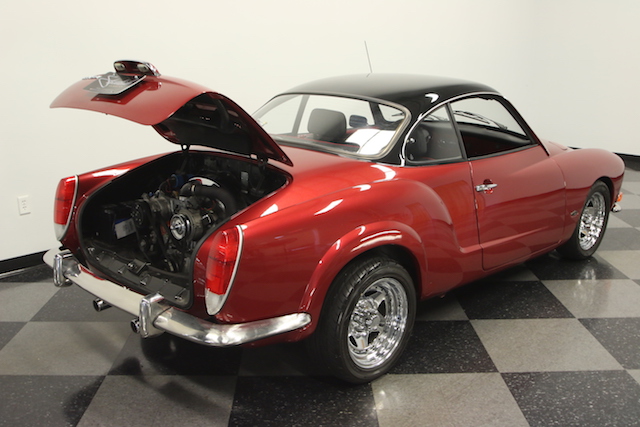 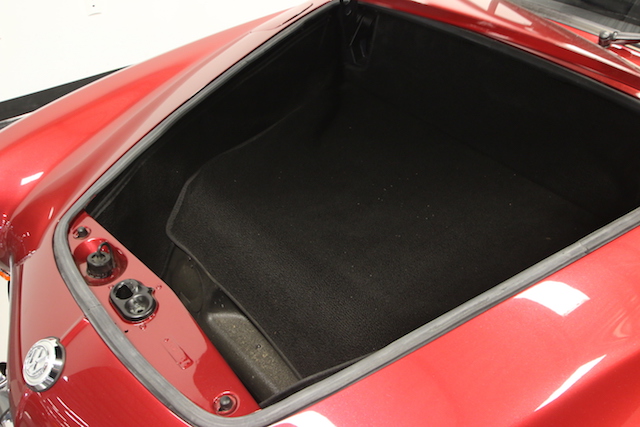 The manual coupe is powered by a 4-cylinder 1600cc engine with only 554 miles on it. There are some performance upgrades under the hood, as well. The four-speed manual transmission is among the best upgrades on this car. “While this has not been set up to be a speed demon, there is something magical as you take full control over the full potential of this powerplant,” Streetside Classics says.

The interior is just as impressive as the exterior. 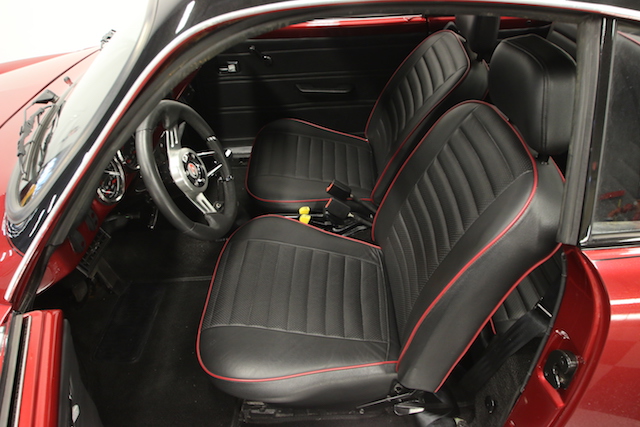 It’s no wonder over $45K was invested into this car! 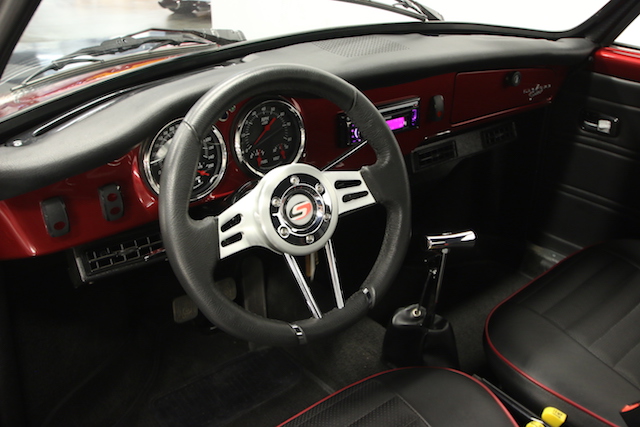 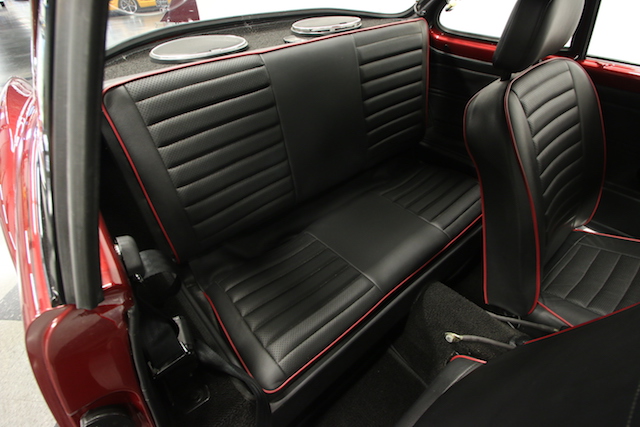 The ’73 Karmann Ghia is no longer listed on eBay, but it looks like it’s still on the market. Streetside Classics still has it listed on their website for $30K. That’s quite a steal, if you ask us!

If you enjoyed this rare gem on eBay, you’ll definitely like this custom built 1967 VW Squareback, too.