The Baja Bug lifestyle isn’t for everyone. Who in their right mind would take a 40+ year old vehicle, slap an exposed engine on the back with no muffler, and take it off road? For most, it probably looks like you’re getting in character for the next “Mad Max” flick. But for the few who are crazy enough to pull it of, it’s called “fun.”

Whatever side of the fence you’re on, we bet you couldn’t resist getting behind the wheel of one of these 12 Baja Bugs: 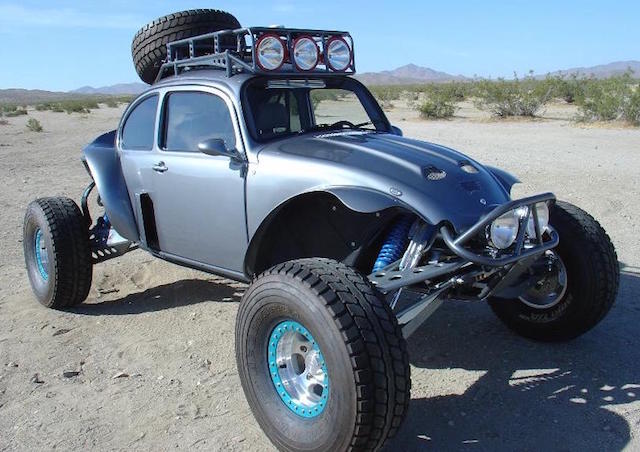 You might’ve known there were bugs in the desert—we bet you didn’t know they were this big! 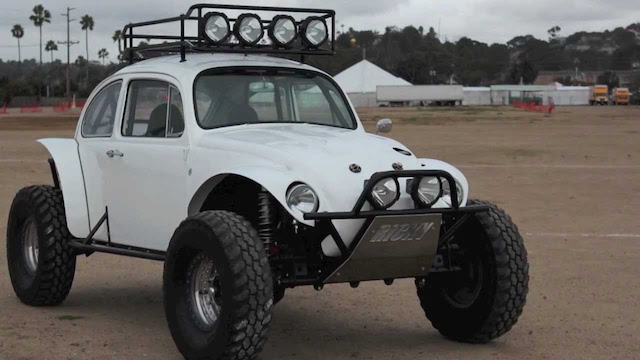 If you can’t spot the bright white paint job at night, then you’ll definitely notice the flood lights when this Baja Bug drifts around the corner. 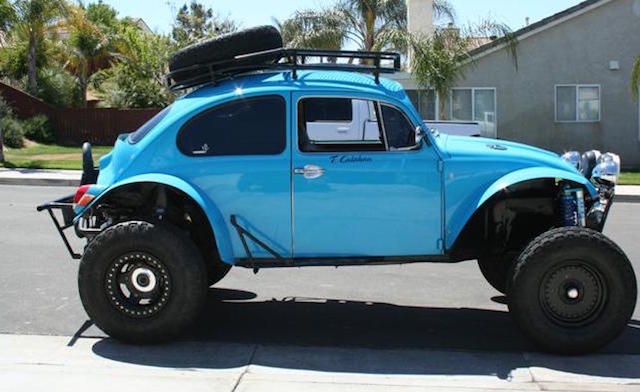 Baja Bugs! They’re just like us! When they’re not at work crushing the desert, they clean up and hang out in their cozy suburban neighborhoods. 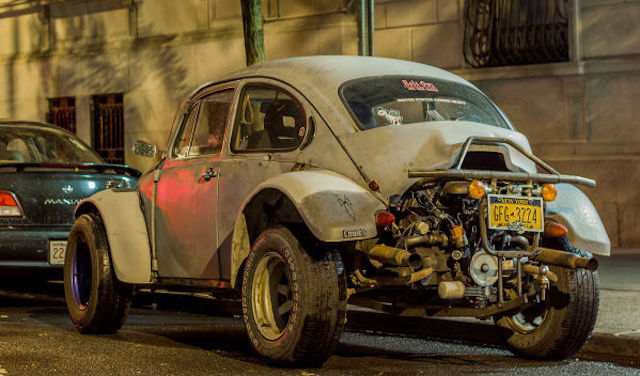 Of Baja Bugs, Jalopnik says “The worse it looks, the better it is.” In honor of that, we give you this Baja Bug, which looks like something straight out of Mad Max.

(In the voice of David Attenborough)

Here we see two Baja Bugs in their natural habitat - a gravel field - prepping to do what they were manufactured to—throw dirt, peel out, and race to the sunset. 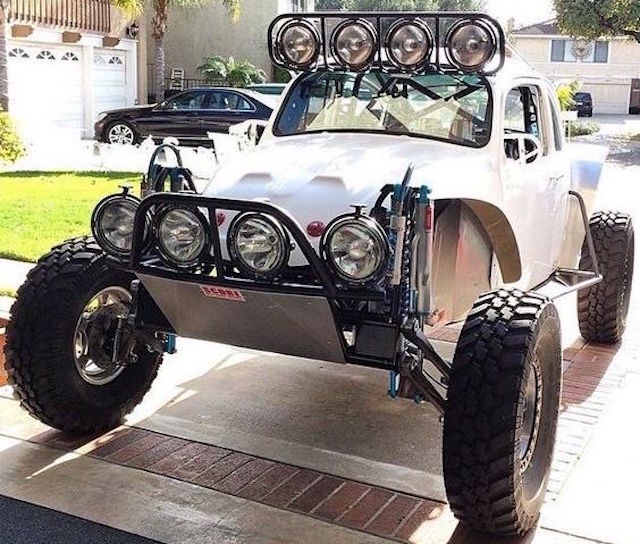 With a skid plate like that, this Baja Bug is basically saying, “Hey, find the biggest rock you can find, and let’s take it out.” 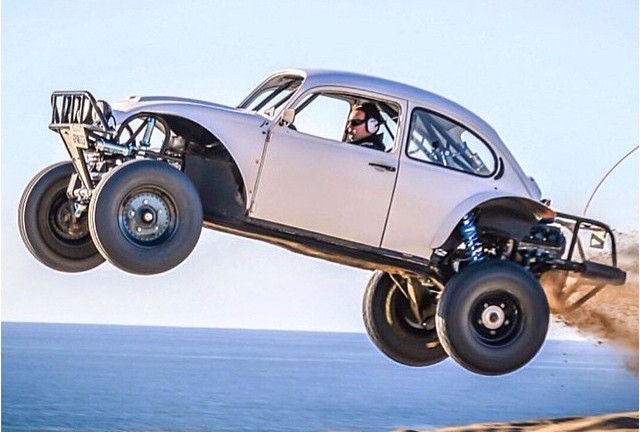 (Again in the voice of David Attenborough)

Though sand and dirt are the Baja Bug’s natural habitat, they won’t pass up an opportunity to take to the air—not just in wintertime when they’re headed south. 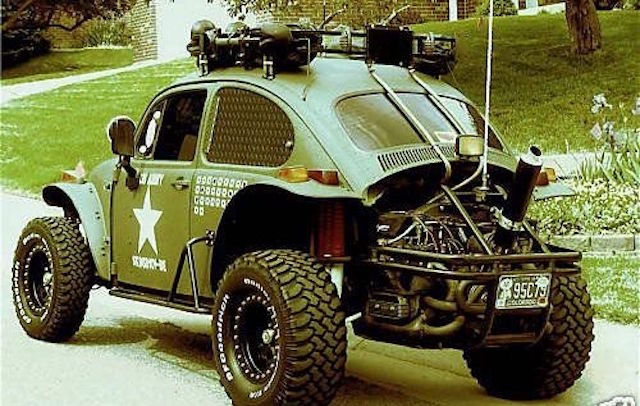 Slap a couple cannons on this thing and you’ve basically got a tank. Note that we don’t condone violence or war—just really cool Baja Bugs. 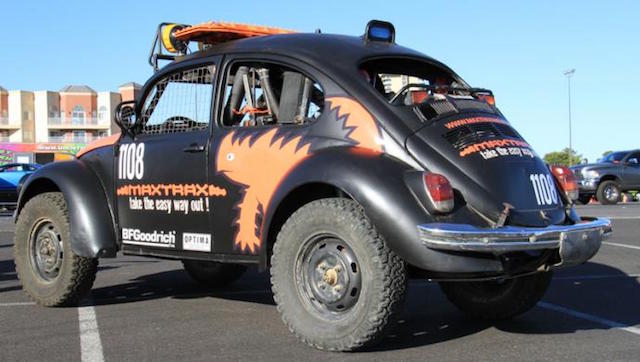 It’s ironic that this Baja Bug says “take the easy way out” on the sides, because we’d do anything but behind the wheel of this masterpiece. 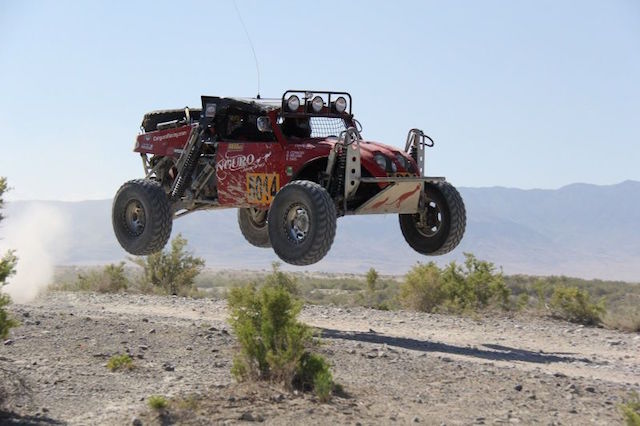 The plot is almost straight out of a Disney movie. A German-built car stands the test of time, gets modified, and realizes its dream of running the Baja 1000, the toughest off-road race in North America. 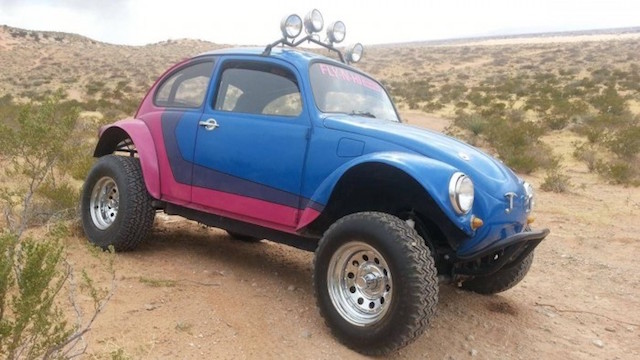 This Baja Bug makes the case that it’s time to get nostalgic about the 90s. Did anyone order a bucket of pastel paint? 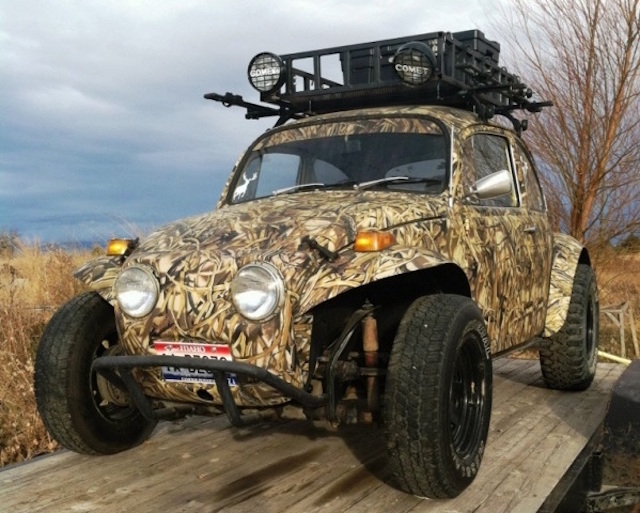 I swear that we had one more Baja Bug to show you, but we must have lost it somewhere in this picture…