After years of declining production, Volkswagen discontinued the 3-door GTI in 2018. The 5-door GTI continues in full force - as powerful as ever - but that doesn't mean some GTI fans aren't a touch disappointed to see the original "Hot Hatch" go.

This Dia de los Muertos (aka "Day of the Dead," which is celebrated November 1 in Mexico), we're honoring the original Hot Hatch - and maybe the only Hot Hatch, if you're a purist - with this image featuring the six generations that included the 3-door car. (The first gen wasn't available in the USA.) 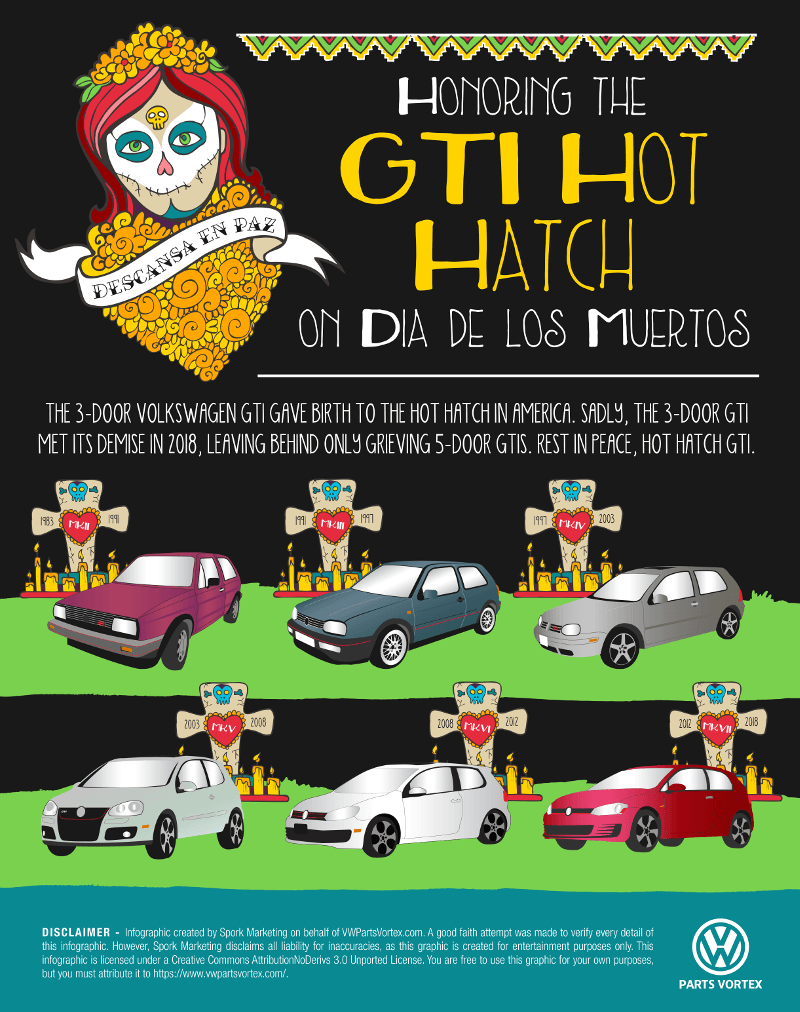 We certainly do honor the now-deceased 3-door Hot Hatch, which is smaller and lighter than the current 5-door. But the current model has its advantages such as a turbocharger, sport suspension, and progressive power steering.