VW Beetles make for pretty mean project cars since they’ll take a lot of modifications like a champ. Practically every engine out there has been fitted into one, from a Hayabusa to a Chevy V8. This particular monster is fitted with 502 cubic inches of growling big block power hidden behind an intimidating paint job, making this awesome Super Bug. 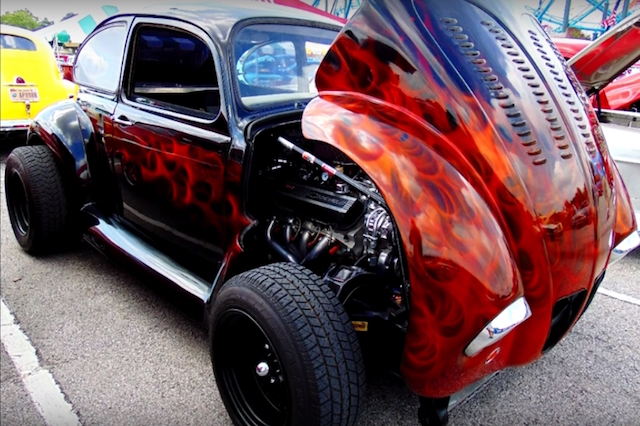 This beast was most famously spotted at the NSRA Street Rod Nationals in Louisville, KY. 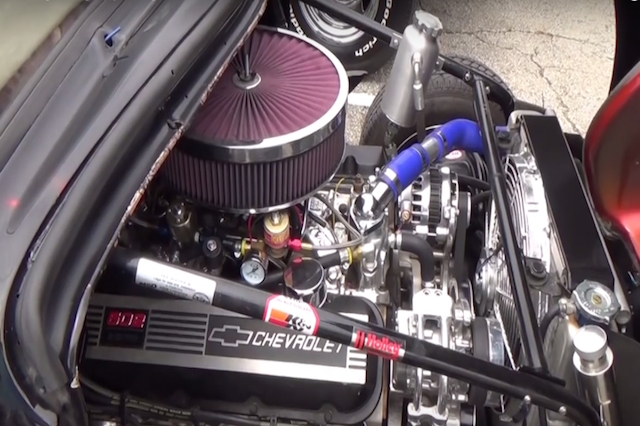 Instead of the snappy air-cooled engine in the back, a 502ci big block Chevy occupies the front of this Super Bug. 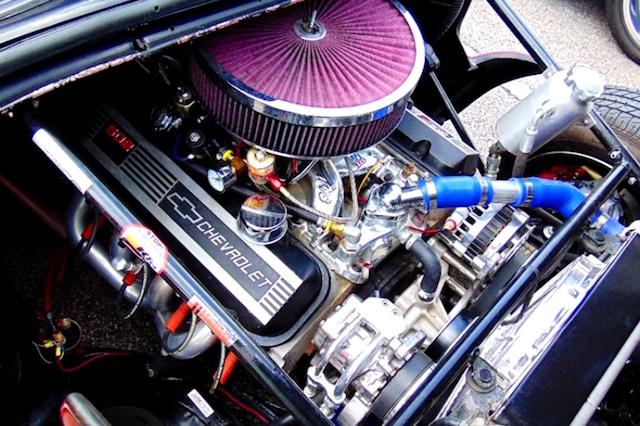 It’s not clear what’s under the rear of the Beetle, but it’s likely where the fuel cell stays. 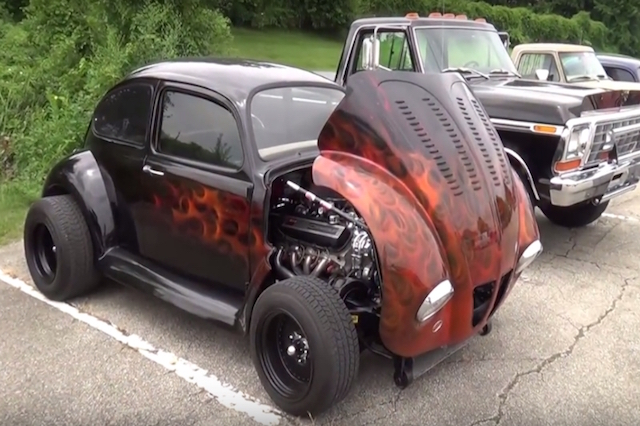 Inside, the front bucket seats were removed and replaced with a set of racing seats, which are bolted where the factory rear seats used to be. 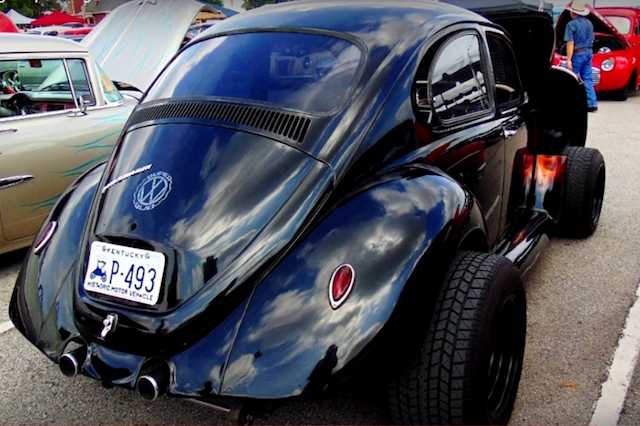 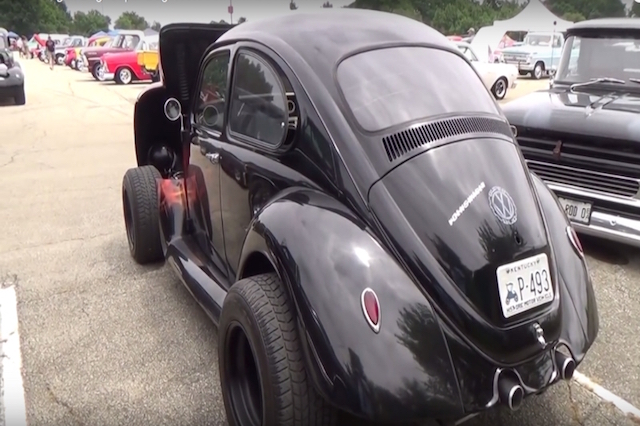 The Super Bug has a somewhat vintage stock car look from the wide tires jetting out of the stock size fenders. 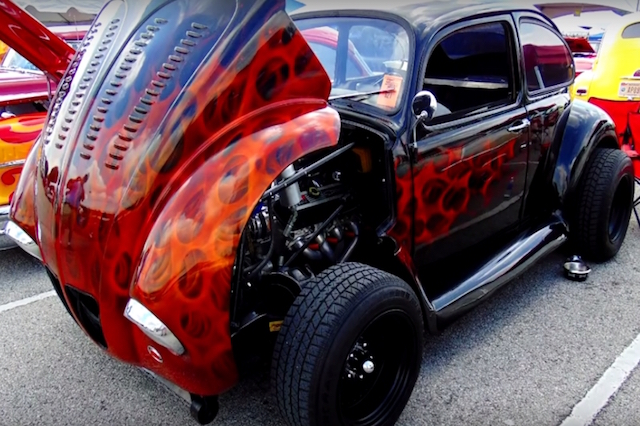 There are also wheelie bars, which may get good use since this little monster has 450 horsepower and 550 lbs-ft of torque.

This is one mean little Super Bug that probably shocks many at the track!