It's not every day that you find an imported VW pickup, checker-board themed VW bug or race-ready Golf R sitting together in the same parking lot outside of Denver. Yet that is exactly what the Dubs Along the Rockies car show in Parker, CO, gives you. This eclectic mix of street racer inspired cars to fully restored VW bugs is a great way to show all the different offerings VW has. 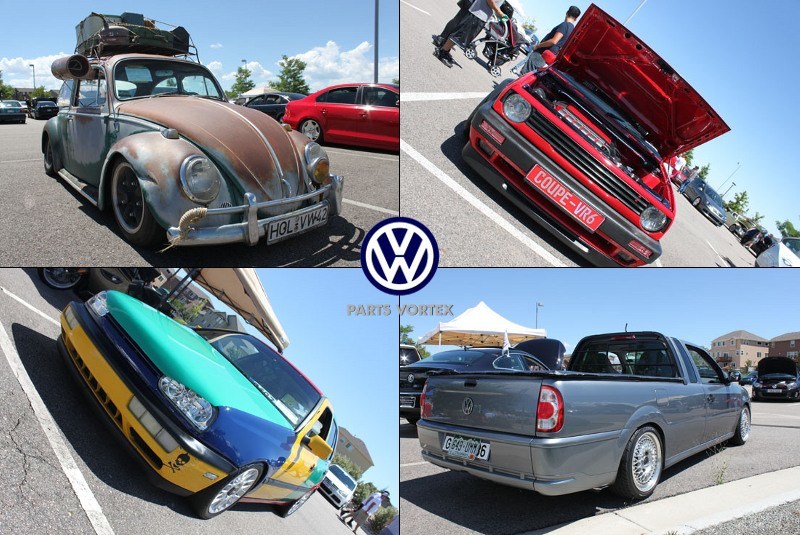 For years, VW had been known as the hippie car lover’s dream company. The VW bugs and Westfalia vans were iconic staples of the 1970s. Those vehicles are still around and loved by fans young and old, but a new generation is putting their mark on VW products. 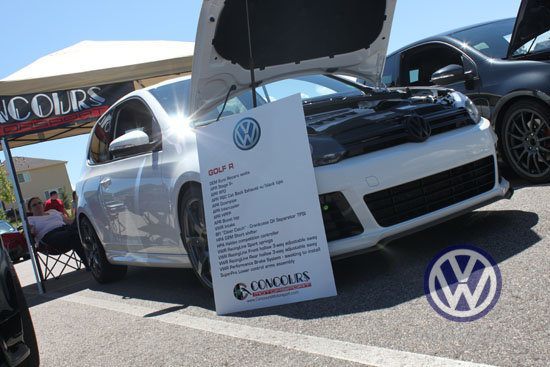 Showcasing the performance ability of VW cars is the race ready Golf R built by Concours Motorsport. It has a ton of performance modifications including front and rear 3-way adjustable sway, exhaust upgrades, APR boost taps and DEM Euro Recaro seats. Looking under the hood it is apparent this car is ready to knock your socks off! The engine bay is packed with all the performance modifications it has room for. It is a great example of what happens when a performance company gets their hands on an already sporty VW car. 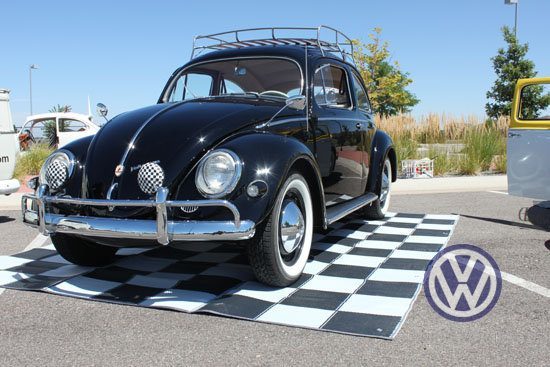 On the other end of the VW spectrum is the meticulously restored checker-board themed VW bug. This iconic car has been fully redone with the black and white theme in mind. It’s beautiful, curved lines reflect the Rocky Mountain sun shine. Plus, the reflection of the black and white mat really shows the quality of the paint off. Everything from tires to the interior is color matched to perfection. 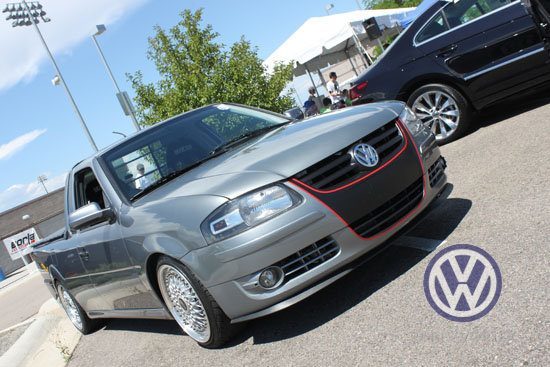 Then there is an imported 2007 VW Pointer. While it doesn’t have the performance modifications of some of the other cars, its uniqueness blows the others away. This particular truck was built in Brazil, imported to Mexico and then brought to the U.S. It is a pristine example of what the U.S. compact truck market used to be. The small pointer is front-wheel drive with a small payload/towing capacity. It is a basic two-seater pickup that small truck fans still lust over. This particular Pointer has been well taken care of with zero blemishes on the paint. It is safe to say that when this truck pulls up at a VW show, it turns heads.