We all know Volkswagen used to be known for their funky, head turning cars. The Volkswagen Squareback is no exception. A variant of the Volkswagen 1600, the Squareback was produced between 1961 and 1973 and it looked like this: 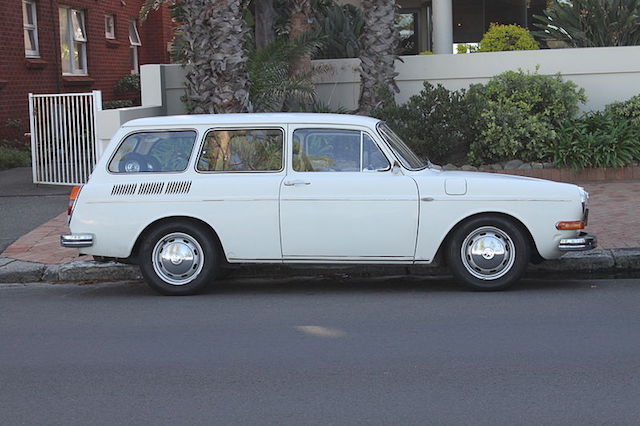 Volkswagen produced less than 1.5 million Squarebacks (which were called Variants in other countries) during the model’s entire existence. Most of them are probably in junkyards, so a Squareback is a rare sight on the street these days. Even rarer is a restored custom panel Squareback, and there’s one for sale on eBay with a starting price of only $14,700. 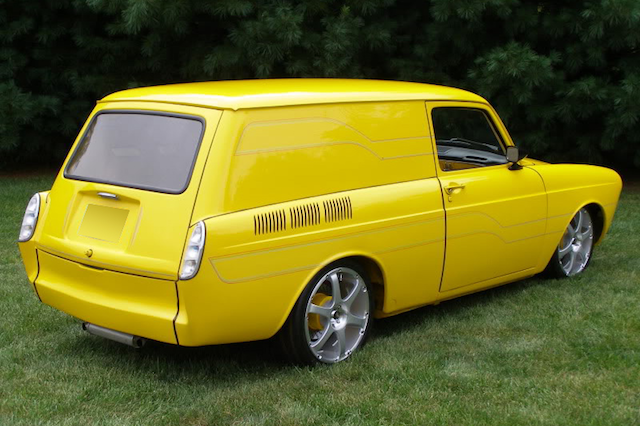 Located in Altamont, a small town outside of Albany, New York, this Squareback is well known in the Volkswagen scene. It has been featured in numerous USA and German magazines, and the eBay seller is confident that it will bring home a trophy every time it participates in a car show. The $14,700 starting price is quite a steal, considering the fact that over $60K has been invested into restoring and customizing this vehicle.

The first thing that caught our eye was the stunning bright yellow paint. If you look closer, you can see hand-painted pinstripes on the sides, as well. 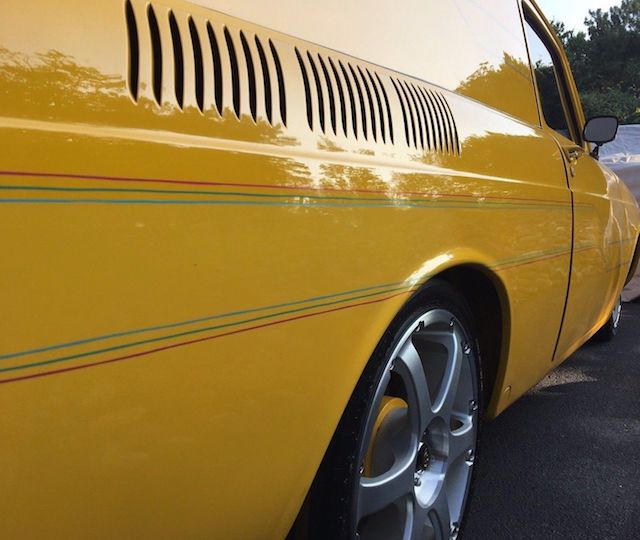 It’s clear that the body received a lot of attention and care. Another notable modification is the custom tinted glass. 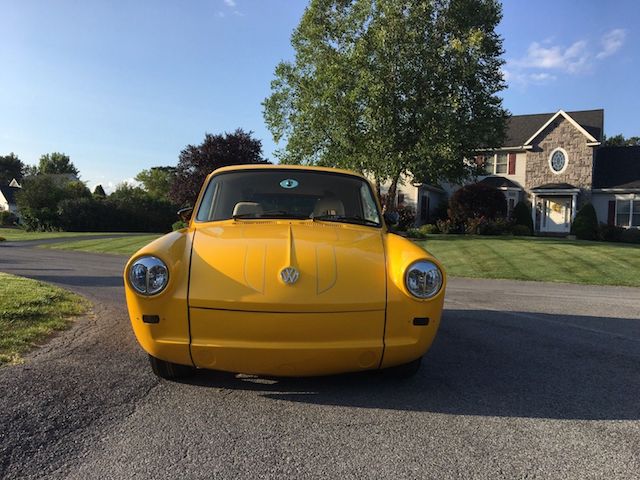 We love how this rust-free, custom built Squareback is still true to the original design. The front pretty much looks the same as it did 50 years ago, minus the missing bumper, silver trim, and turn signal lights. The interior, however, is a different story. 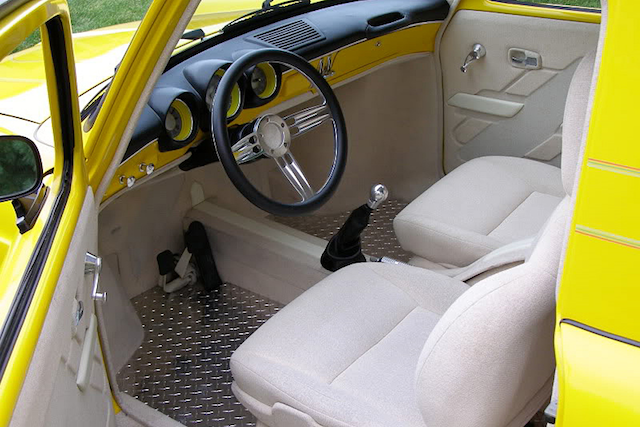 Described as an “all-custom interior” by the eBay seller, the interior is unrecognizable even to the biggest Volkswagen buff. The restorer kept the original dash but painted it yellow to match the exterior. The steering wheel looks new and was probably custom built to resemble the original wheel. The side panels, seats, and shifter knob were completely replaced or redone. Our favorite part of the interior is the polished diamond-plate flooring, which gives it a true custom build vibe. 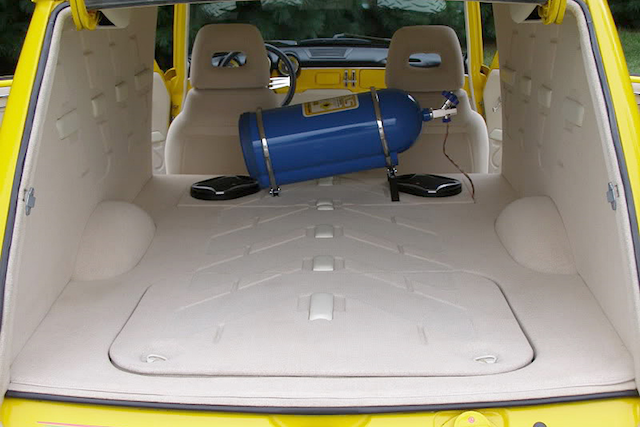 The pristine appearance of the interior is extended to the back, where you’ll find the Competition JBL sound system. 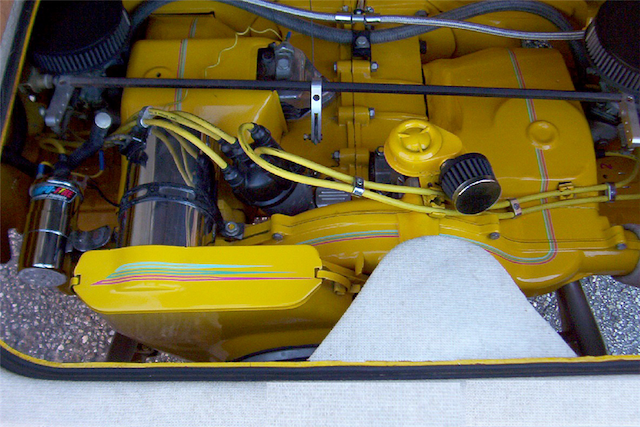 If you’re worried about this 50-year-old beauty’s longevity, you shouldn’t be. The restorer made sure that its days aren’t numbered by replacing its old, tired motor with a new 1641cc motor assembled by a well-known VW builder in Southern California. The restorer also treated the Squareback to a brand new piston and cylinder kit and painted the motor and other parts to match the exterior. The attention to detail here is remarkable. Wait until you see the undercarriage… 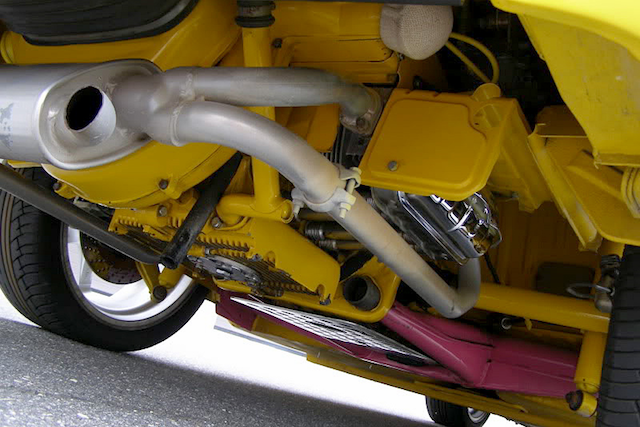 Not only is the undercarriage loaded with brand new parts, but it’s also carefully custom hand-painted to match the exterior and engine bay. 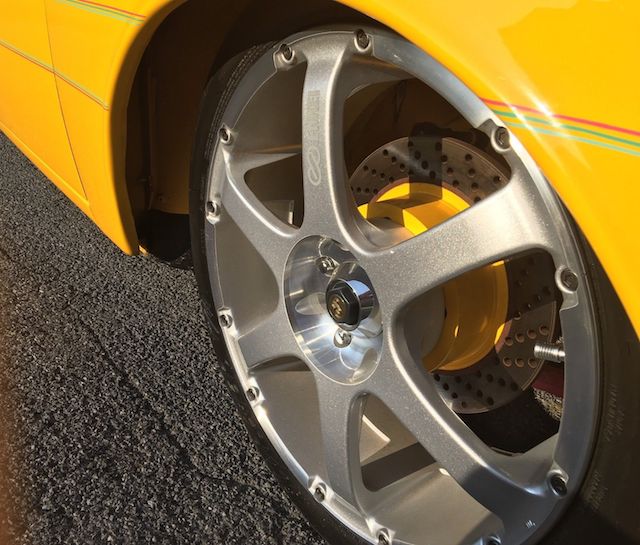 The restorer didn’t forget to bring the Squareback’s performance and handling to the 21st century. It comes equipped with custom Enkel 17” rims and BF Goodrich Scorcher T/A tires, as well as disc brakes and polished and drilled rotors on all four wheels.

To say that we’re impressed with this restoration would be an understatement. Did it blow your mind too? Let us know on Facebook!