Volkswagen has always been brilliant in their advertising and marketing campaigns. Always funny and a little weird, the ads you see today have evolved from some really good material of the past. Here are some of the neatest VW ads from the classic era. 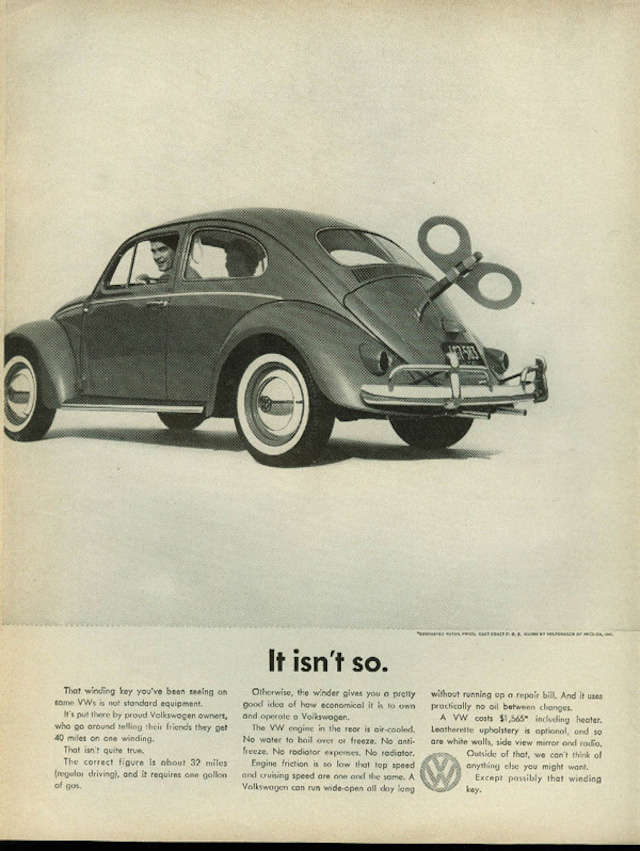 Just to be clear, Volkswagen cars are not wound up by key, and the winding key mod was not, and is not, standard. How funny that they needed to clarify that! However, there are a lot of really cool things that are standard and this ad lays them out. 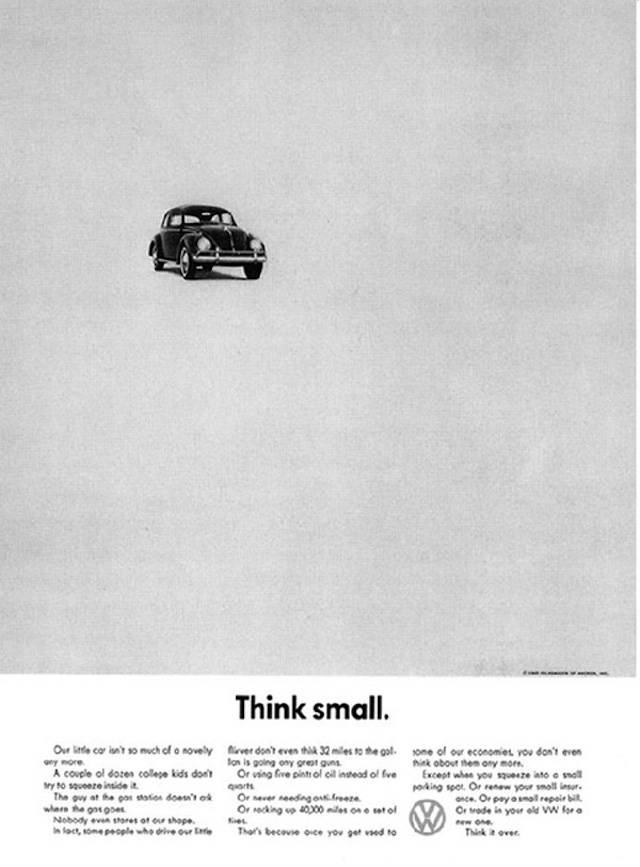 VW has always been proud of their Beetle, and many of the vintage ads were geared towards highlighting the appeal of this little car. This one highlights the economical awesomeness that keeps the Beetle from being just another novelty.

It’s ugly, but it gets you there. 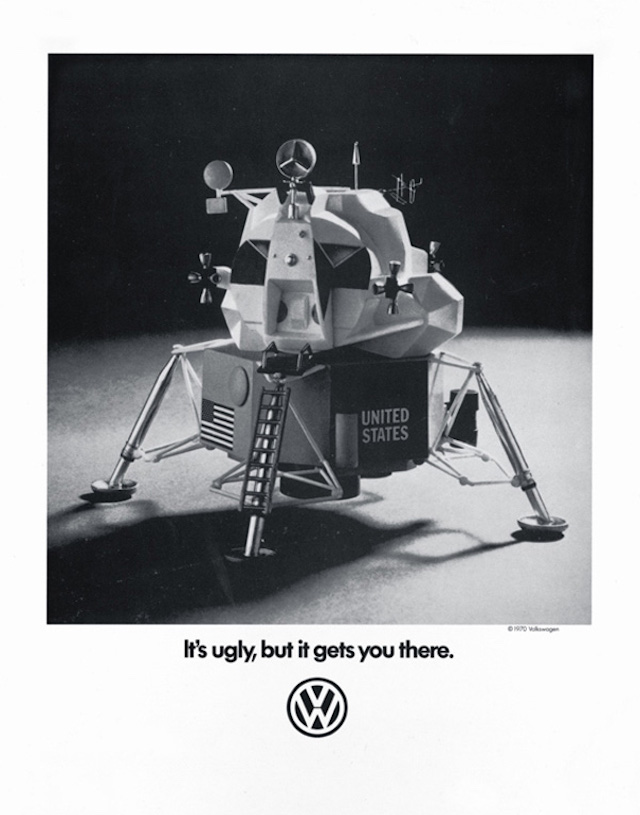 This is a little on the bizarre side, but it has a point. Comparing a spacecraft to their lineup, maybe, Volkswagen wants you to know it’s not all about looks.

A Car of Many Colors 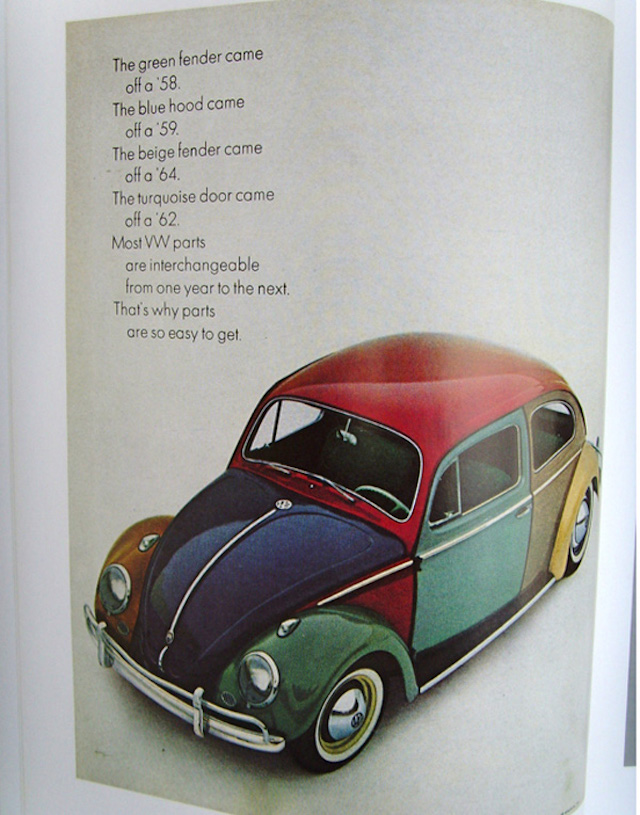 This multi-colored Beetle shows you that many of the parts from the classic VWs were interchangeable from one year to the next. 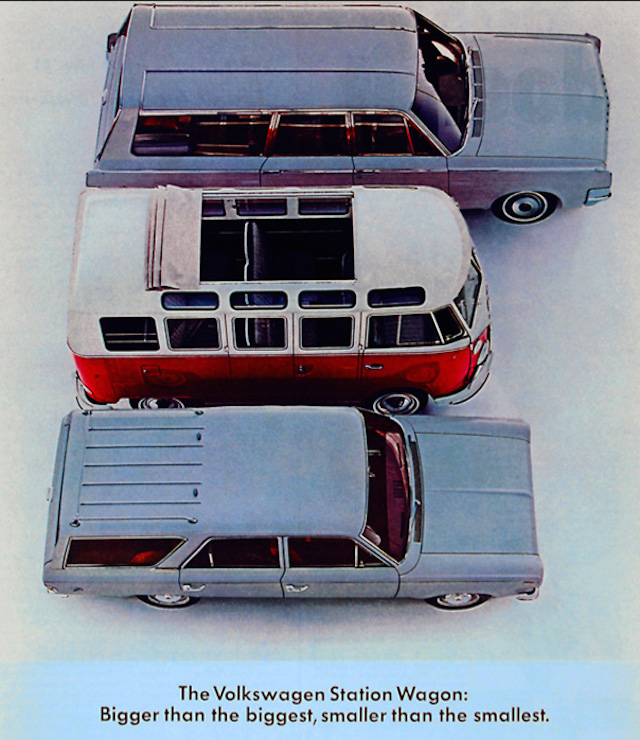 Not too big, not too small, Volkswagen offered a vehicle that was just the right size. 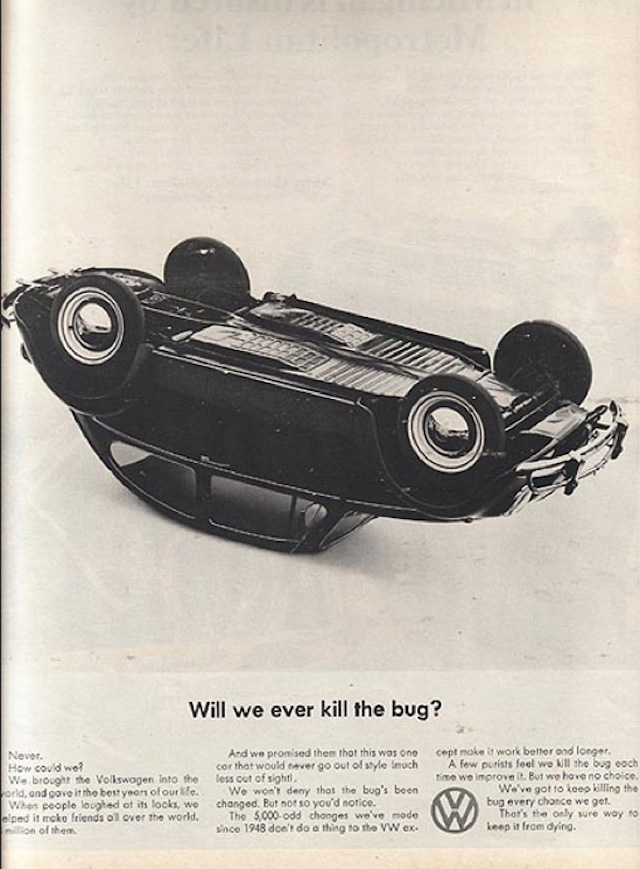 Making a play on the bug’s name, Volkswagen wanted you to know they’d never kill the Beetle…however, they did put it into a coma for a while there. 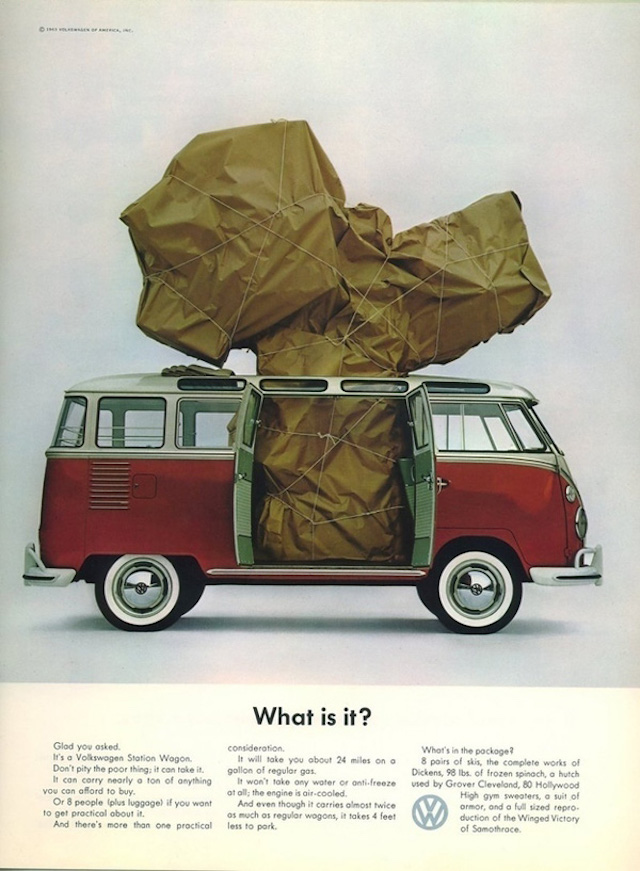 We have no idea. Couldn’t even begin to guess what this classic VW is toting around, or if they were ever able to get it out… 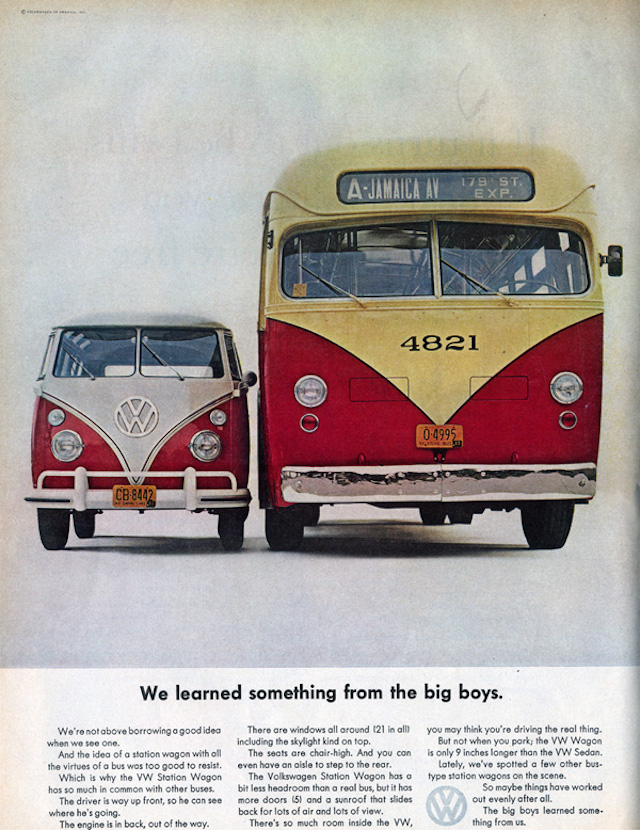 This ad highlights the styling and functionality cues taken from a bus to make this iconic Volkswagen.

Get Funky With It! 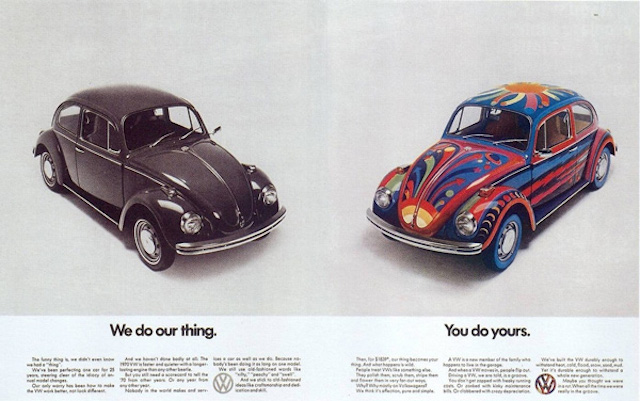 Volkswagen gets it, if you own a bug, you’re probably a little unique, and this ad encourages you to take over where they left off!

Take Your Teddy Bear and Stuff It! 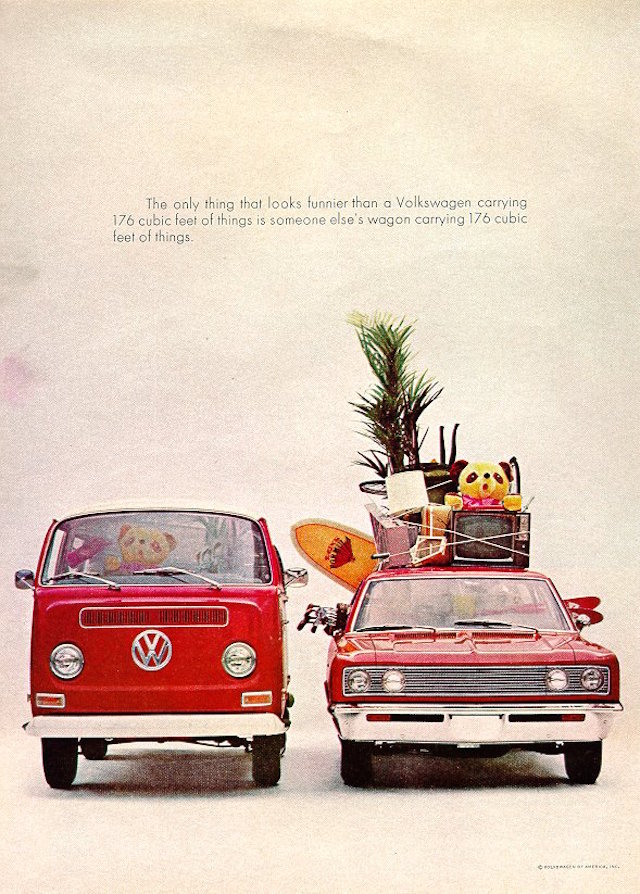 Into the Bus that is!

Which VW ad inspired you to buy your first Volkswagen?