Most people have seen vehicles on the road at one time or another that caused them to do a double-take. The VW Beetle pickup is surely in that class. 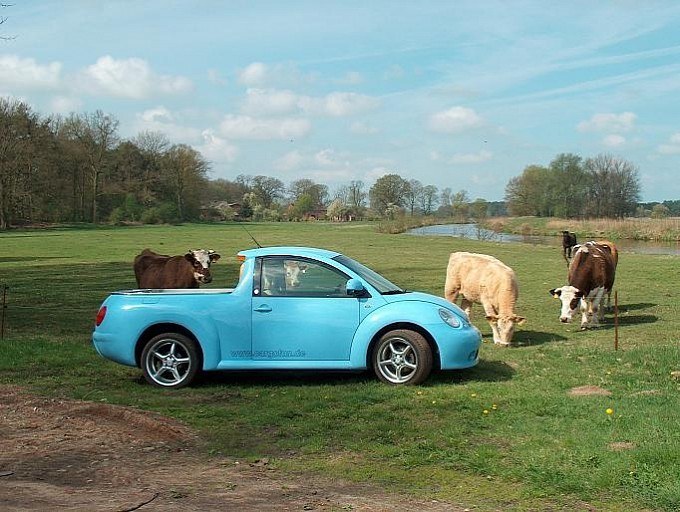 A VW Beetle Pickup Truck?! If you’re willing to send your Beetle and a stack of cash to Germany, you can have one too.

Built from the new generation of Beetles, it looks pretty much like you would expect, but at the same time it’s definitely something you’d like to get an up-close-and-personal look at if you had the chance.

The company that offers these conversions is in Germany and only dedicated Beetle fans with a good bit of cash to burn need apply. The conversion will cost you a cool 14,000 Euros (about $18,600)…of course, you have to ship your existing VW Beetle to Germany and ship it back, as you won’t be able to register a modern Euro-spec Beetle in the USA. 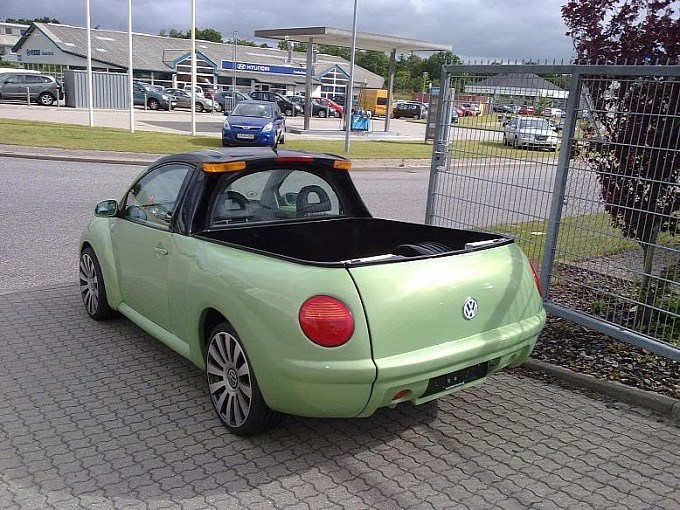 Despite the novelty of such a vehicle, the Beetle pickup does indeed have some practical uses. Photos of one specimen shows it parked in a field surrounded by hay bales. From the looks of it, I’d say you might manage to fit one bale in the back of the Beetle pickup, making for a long, hard work day on the range. 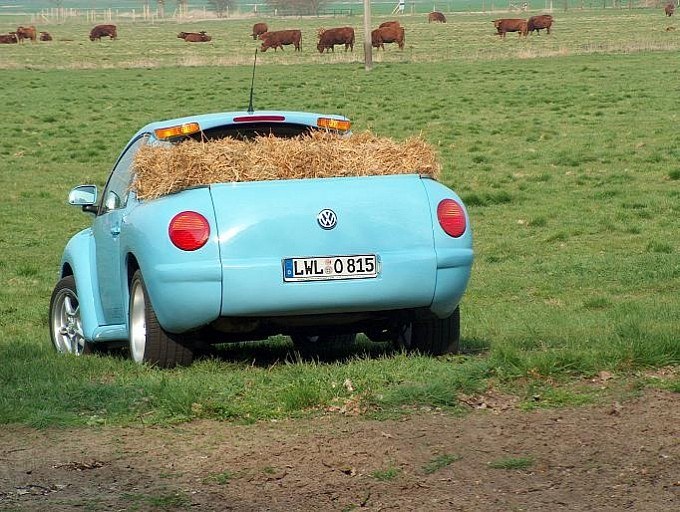 It won’t tow your boat, but you could do a little hauling if you wanted to.

I suspect, however, that someone spending that kind of money to turn their VW Beetle into a pickup is not doing it because they need a rugged workhorse around the ranch. It’s more likely for the head-turning novelty of owning one. How many people can say they drive a VW Beetle pickup? 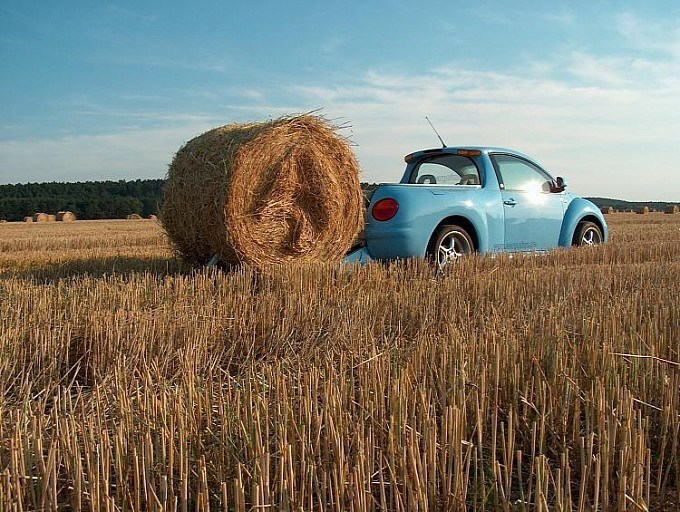