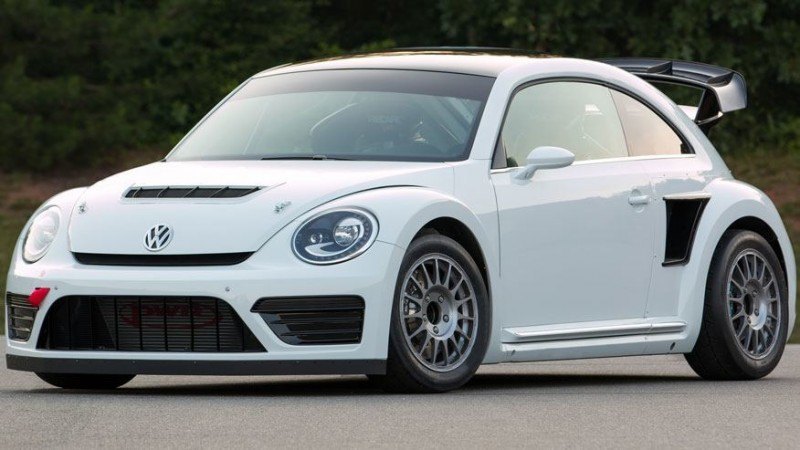 The VW Beetle GRC is one bad bug. If you think “Love Bug” when you think Beetle, this monster will help you throw that idea out the window. The GRC is to the Love Bug as a blood-sucking vampire is to a mosquito. There is no comparison. 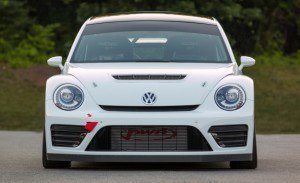 Powered by a tiny 1.6-liter engine that makes an incredible 544 horsepower, the GSR is Volkswagen’s official Red Bull Global Rallycross (GRC) series vehicle. While the horsepower output from the meager 1.6L engine is phenomenal (it’s producing 340hp per liter of displacement), the vehicle’s svelte 2,668lbs curb weight is just as impressive. 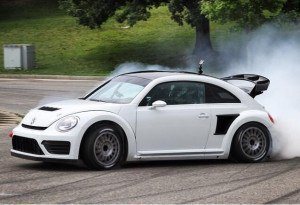 Since this is a GRC racer, the suspension system must be capable of soaking up bumps and landing jumps in addition to keeping power on the ground. The AWD system uses front and rear LS differentials to ensure traction, and features a whopping 9.1” of suspension travel (that’s more than you’d find on a lot of new pickup trucks). 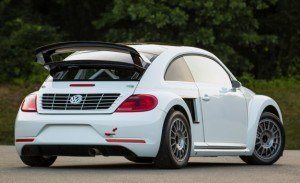 Of course, no GRC racer can hit the course without looking awesome. The GRC’s body kit is likened to the RSi kit made more than a decade ago. It rocks an open panel under the wing, 17” wheels, 14” front vented rotors, and 11.8” rear vented discs. 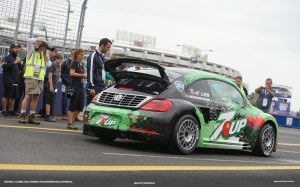 For the GRC series, the car will be fielded by Andretti Autosport, with Tanner Foust and (current GRC point leader) Scott Speed in the driver’s seat. Finally, the best bit of news of all is that you can watch most GRC races on NBC or ESPN, as the networks signed a TV deal with the racing series this year.

You might actually get to see the Beetle GRC racing…at least if you don’t blink.