The Volkswagen Group is an official vehicle partner of the 2014 Winter Olympics in Sochi, Russia that officially start this week. VW is celebrating the event with an incredible special edition Amarok they built over a year ago to promote their presence at the Olympics in the most remote regions in Russia. 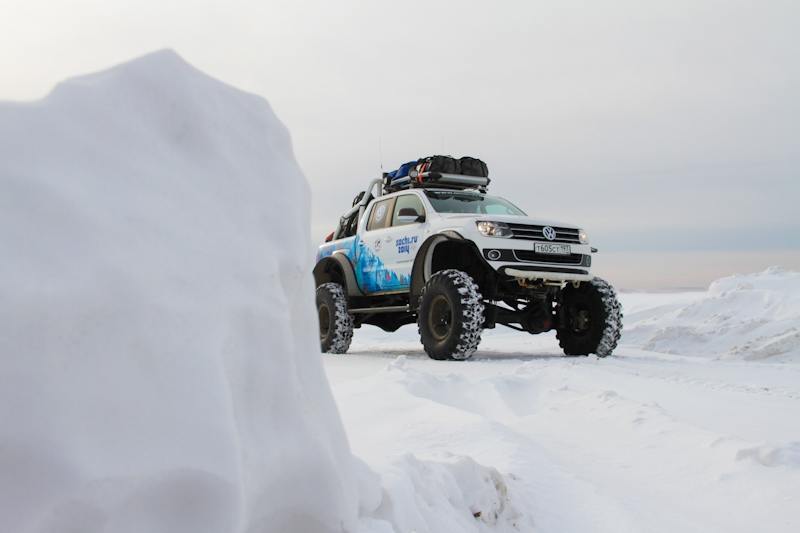 Volkswagen built three of these trucks to carry 9 people across Moscow for a 9,942 mile expedition, eastward to a Kamchatka peninsula city of Petropavlovsk-Kamchatsky. This journey actually earned the team a new Guinness World Record for the longest off-road trip in a single country. The odyssey took place over 66 days and they were the first to make it Kamchatka from Moscow by traveling over the Sredinny Range, a glacier covered terrain.

These speciality Amarok trucks were built with a lot of upgrades in order to tackle the cold weather and absence of paved roads. 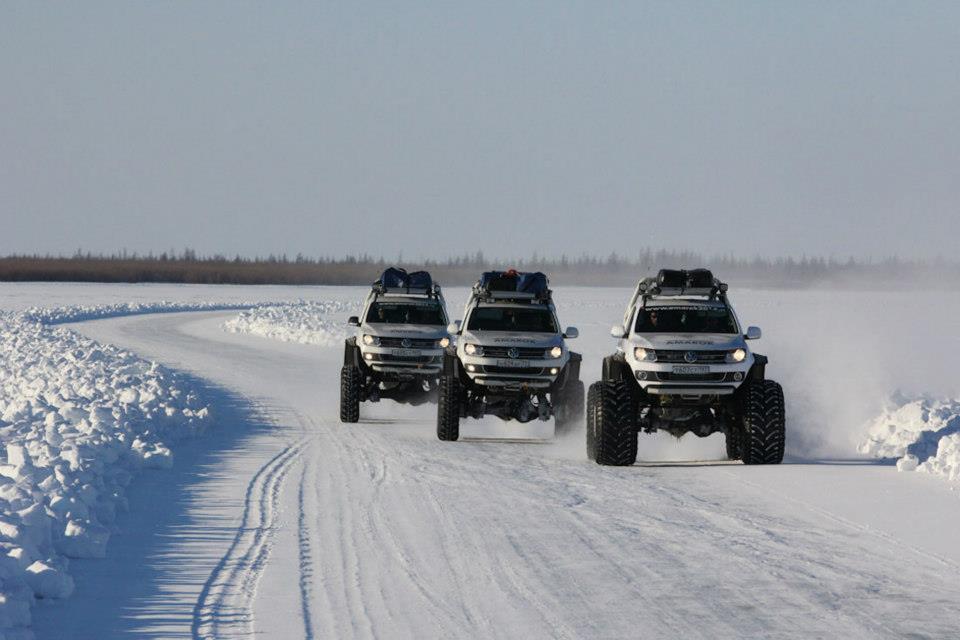 The team that built these trucks replaced the suspension with heavy-duty shocks and extreme tires to handle the trip without traction issues in the unusual conditions. 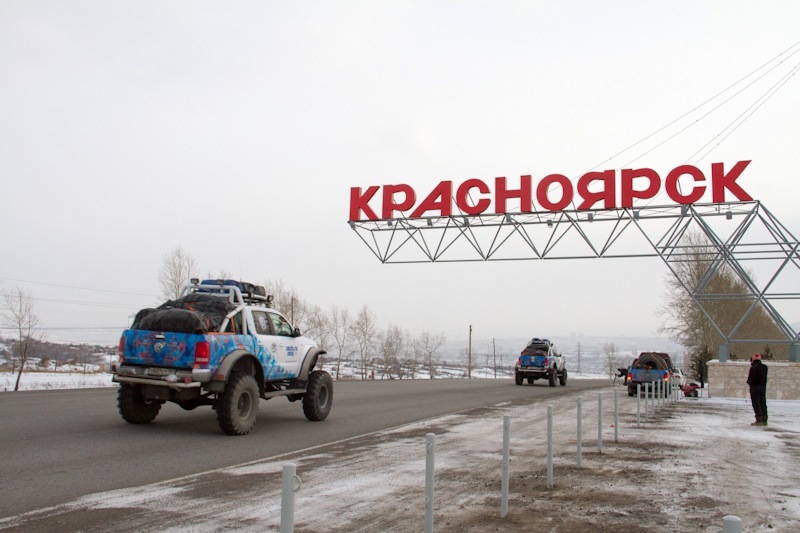 They left the body relatively stock outside of cutting the fenders to accommodate the large tires. The 2.0L turbo diesel was left stock because they wanted to prove its reliability, not speed. As for the interior, a roll cage was added for safety — the trucks were also outfitted with extra navigation equipment so they wouldn’t get lost. 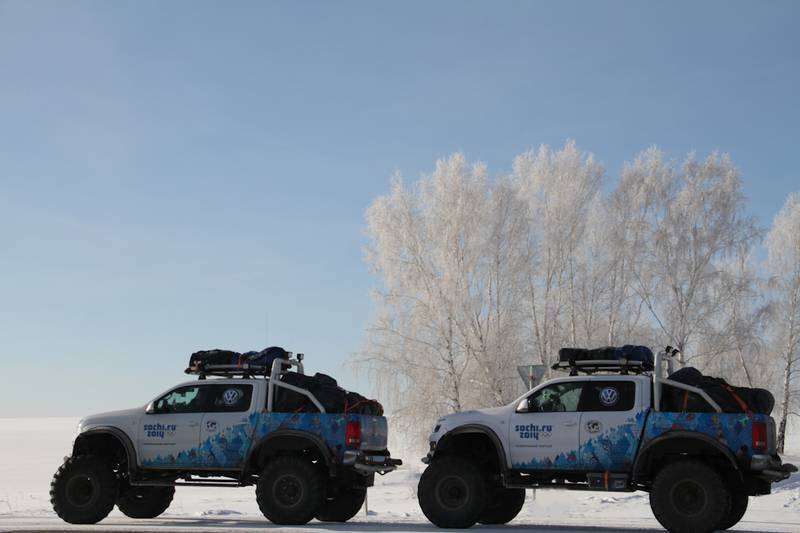 Volkswagen will be offering a Amarok Sochi Special Edition in Russia to commemorate the event — but it won’t be as extreme. This version will come with exterior chrome trim, 18” wheels, an upgraded interior, and navigation. 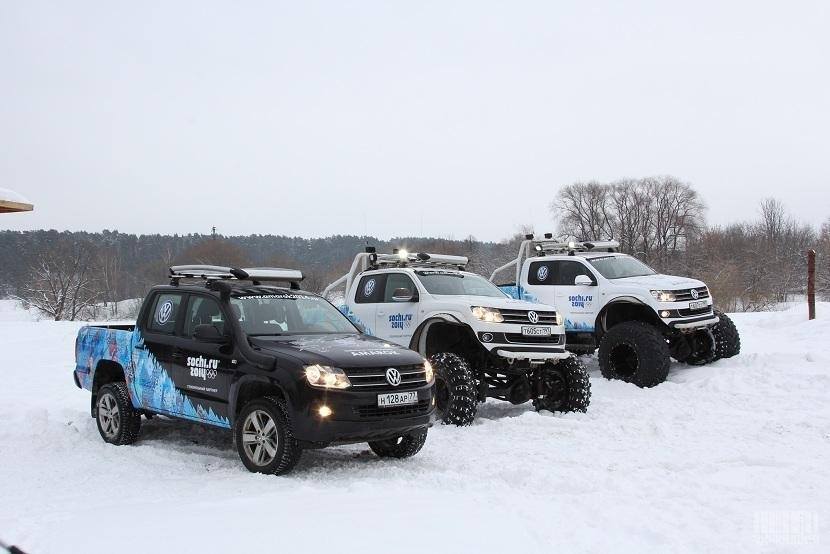