Many consider Volkswagen cars works of art, so it’s only natural to incorporate them in actual art pieces. For example, Andy Warhol did an iconic piece on the Volkswagen Beetle with the famous closing line, “We pluck the lemons; you get the plums.”

Volkswagen products can be found in a variety of automotive art pieces. In fact, there are many cool examples of the relationship between automotive art and the Volkswagen brand. Here are three that we find particularly interesting:

1. The New Art Car World Museum All Began With a 1965 Beetle 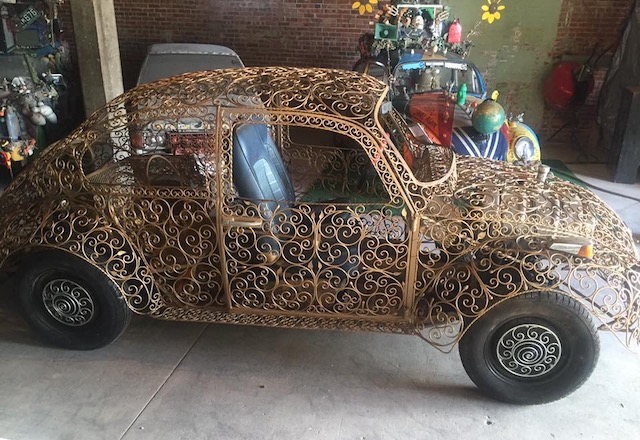 On the Arizona/Mexico border, there will be a museum dedicated to art cars. It’s expected to open to the public in the fall of 2019. Aptly called Art Car World, the museum features all kinds of eclectic “mutant” cars. Check out their blog for some pictures of the cool cars they’ll be featuring at the museum. There’s even a Beetle with a 100% wrought iron body!

The mastermind behind the museum is a creative soul named Harrod Blank. His passion for art cars first sparked in 1977 when he bought a 1965 VW Beetle for $600. He painted the car like a beach ball and then adorned it with all kinds of trinkets, including:

Harrod dubbed his creation the “O My Gawd!” Bug because that’s usually the first thing people say when they see it. This colorful one-of-a-kind Beetle stimulated Harrod’s love for art cars to blossom into a lifelong passion. He went on to create more pieces of art. In the last few decades, he has:

Today, Harrod is working on releasing another documentary and opening Art Car World. It’s pretty wild to think that Harrod Blank’s colorful and extensive career all began with a $600 VW Beetle.

2. The World’s Largest VW Bus Was Originally a Crash Truck 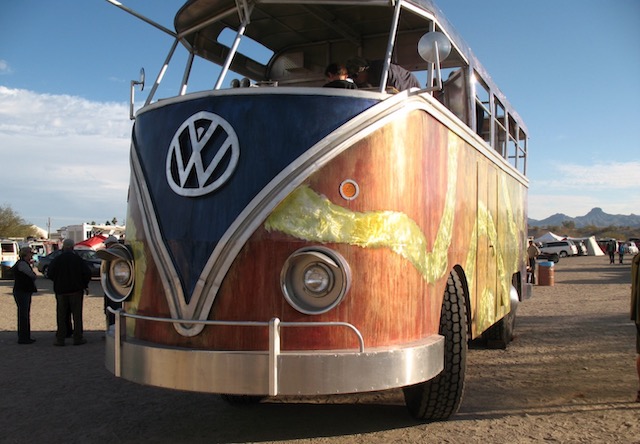 In 2003, artist Kirk Strawn laid his eyes on a 1963 airport rescue vehicle (also called crash truck). He immediately knew that he could transform it into a gigantic Volkswagen bus.

And that’s exactly what Kirk did. He got the truck and then dubbed it Walter. Next, he assembled a large team of artists with a variety of skills and they all spent the next seven years building the biggest VW bus in the world.

Walter is twice as big as a regular VW bus, and a million times more fabulous. It made its debut in 2009 and it was an instant hit. Walter is so popular that it has its own website.

The fact that a large group of people spent seven years transforming a truck into a VW bus is a huge statement. It goes to show that VW buses are a work of art!

3. An Indonesian Sculptor Turned Five 1953 Beetles Into a Perfect Sphere 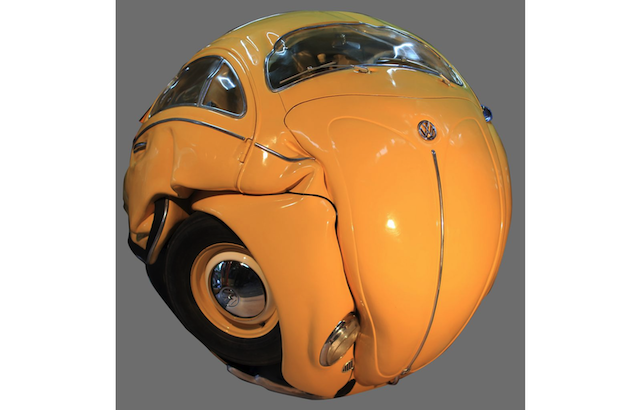 Just when we thought the Beetle couldn’t get any rounder, Indonesian sculptor Ichwan Noor showed up at the 2013 Art Basel Hong Kong, one of the world’s most famous art fairs, with a gigantic sphere made out of five 1953 VW Beetles, polyester, and aluminum.

Called the Beetle Sphere, this work of art was created to give the VW Beetle “new interpretations”, according to Noor.

We imagine this is a project you could only pull off with a Beetle. No other model in the world is nearly as round.

If you enjoyed this article, you’d enjoy the following articles: