Volkswagen USA has announced plans to use a new, more fuel efficient diesel engine that will push the Golf, Beetle, Passat and Jetta to get improved fuel economy. Very nice, VW. Very nice! 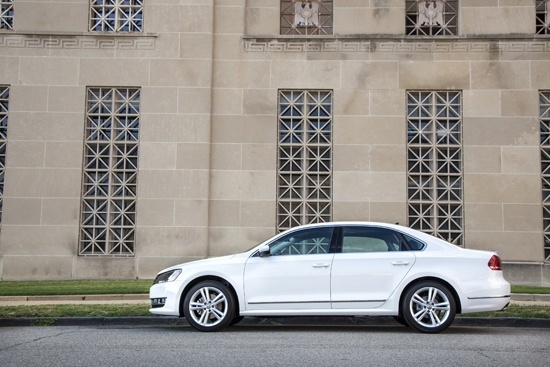 VW is launching a new engine which will feature better fuel economy and horsepower. Sweet!

For years, VW has been the leader in offering diesel-powered vehicles in the U.S. So much of a leader that VW says it sells more than three-fourths of all diesel light vehicle sales. With new chasers on the horizon in the Chevy Cruze, VW is putting a new engine into its popular cars.

The new engine will be similar to the current 2.0L engine and will continue to offer all the goodies: turbocharging, direct injection, great horsepower and torque. It is also planned that the new design will “include better exhaust-gas treatment, friction reduction and an intercooler integrated with the intake manifold. If that’s all Greek to you, VW says the results should be better fuel mileage, sharper accelerator response and lower emissions,” according to USA Today.
The new engines will feature 10 more horsepower (150 vs. 140) than the outgoing models and will have the same 236 pounds-feet of torque. Yet, the most exciting improvement will be in fuel economy.

“It’s an all-new engine, to all intents and purposes,” VW spokesman Mark Gillies said. “We’re hoping that it will give a probably somewhere around 8% bump to highway [fuel] economy.”

The improvement could translate into as high as 46 MPG highway for the Passat TDI which is currently rated at 43 highway. Unlike the gasoline brethren, the diesel engine typically hit the EPA marks.

While diesel fuel prices are still high, these new engines will mitigate that increase by providing better fuel economy.

What do you think? Better fuel economy, great performance from VW. What else do you need?