The seventh generation Golf just can’t lose — praise and awards are being thrown at this VW left and right! It now has another award under its belt, thanks to the TDI model. Taking home the 2014 Northwest Green Card of the Year by the Northwest Automotive Press Association is the 2015 VW Golf TDI. Efficiency and value solidified the decision, but it took more to earn this honor than just that. 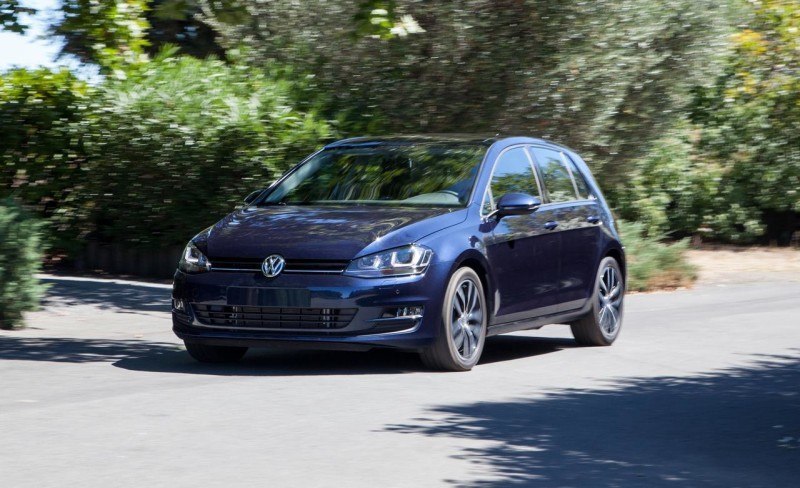 Another Award for the Golf

It was during the second annual Drive Revolution event in Portland, Oregon that it was decided that the 2015 Golf TDI deserved this recognition. A group of the top automotive journalist from the area took a look at what the market had to offer in the areas of technology and efficiency, and choose winner in four different categories.

They concluded that the 2015 Gold TDI had incredible value, starting out at $3,000 less than the prior model. Yet the 2105 carries class leading economy, better technology, more power, and a reduced emissions output than before.

An All New Golf TDI

Just weeks away from dealerships, the 2015 Golf will go on sales for its 40th year in the United States. The TDI version is available with 4-door and a new 2.0l, turbocharged, direct injected 4-cylinder TDI clean diesel. Volkswagen is giving the Golf TDI an all new EA288 engine. This engine has basic similarities to the EA189, but it only carries over the cylinder bore spacing. The 2015 engine makes 10 more horsepower, at 150 total, than before and more torque at 236 lbs.-fit. Backing the engine will be a six speed manual or six speed dual-clutch automatic transmission.

More importantly (since we’re talking about green car awards), is the fuel economy rating of 31 mpg in the city and 35 mpg combined — a 1 mpg increase in both areas. This is likely (somewhat) due to the weight reduction of the 2015. The new model is 79 pounds lighters than the previous generation, in spite of the abundance of add ons and upgrades.

While it might be lighter, it has grown in dimensions. The length has increased by 2.1”, width expanded by 1/2”, while the high is down by 1.1”. 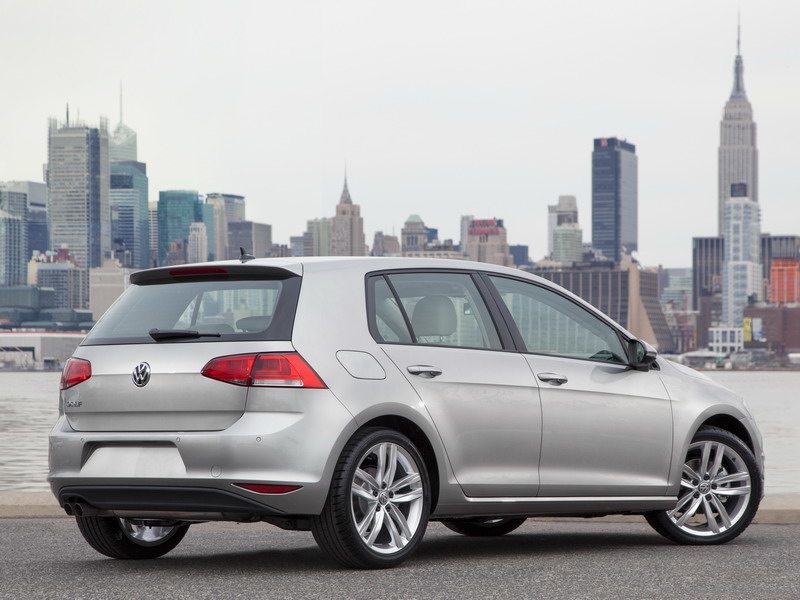 This generation carries a new VW MQB platform to the domestic market. The platform is more versatile and aims to standardized and simplify the products in the VW Group. MQB allows the vehicle to have a more upscale look with a cab-backwards design while retaining classic elements from the MK1 and MK4 Golfs — this platform allows the front wheels to sit 1.7” further forward. The proportions also help to give the Golf an appearance of having a more dynamic stance and lower center of gravity. 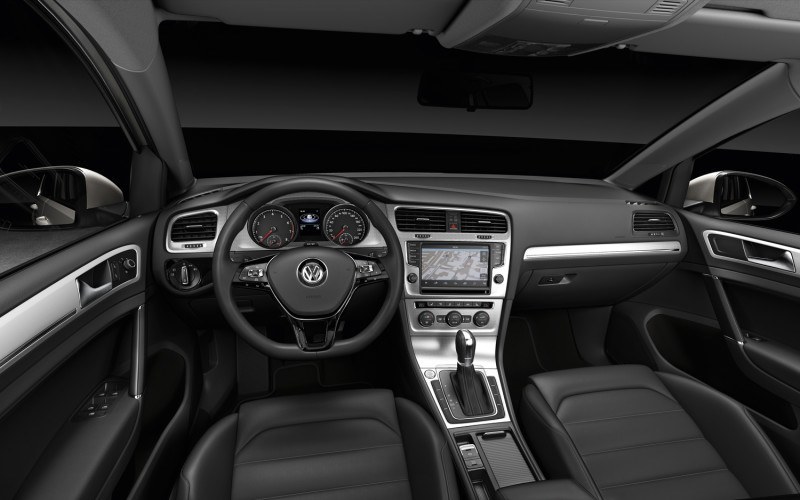 The interior has evolved to offer more comfort to passengers. Even though the overall height has decreased slightly, the cabin space is larger with 93-1/2 cubic feet of interior space — it also offers more trunk space than any other U.S. sedan on the market today.